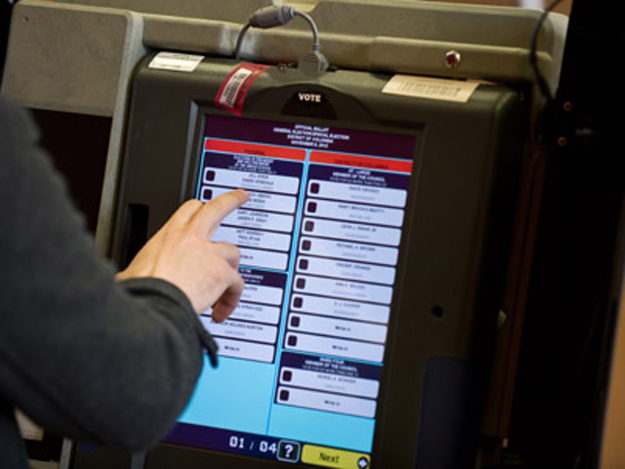 Advises country to try out EVMs until 2023. PHOTO: AFP
ISLAMABAD:

Federal Minister for Science and Technology Chaudhry Fawad Hussain on Monday introduced an electronic voting machine saying it would ensure transparency and help getting rid of rigging in elections.

The machine has been developed by the National Institute of Electronics (NIE) which comes under the Ministry of Science and Technology.

The NIE held a successful test run of the machine under the supervision of the science and technology minister.

Hailing the efforts of the NIE team, Fawad noted that the electronic voting machine had been divided into two parts.

The first part will have the election symbols while the second will be with the presiding officer who will only have the authority to switch on the machine.

Fawad said that by switching on the machine, the voter will be able to cast ballot by clicking on any of the election symbols in the polling booth.

He observed that the machine will not only have the facility of electronic voting but will also be able to print the ballot papers.

The minister maintained that the work on the machine was in final stages and they were about to share it with the National Database and Registration Authority (NADRA), National University of Science and Technology (NUST) and COMSATS.

Referring to the recent fiasco in Daska by-polls, Fawad stressed on the need to convert the ballot casting to the electronic voting system.

He said the machine had been developed as per the directives of Prime Minister Imran Khan to ensure fairness and transparency in elections.