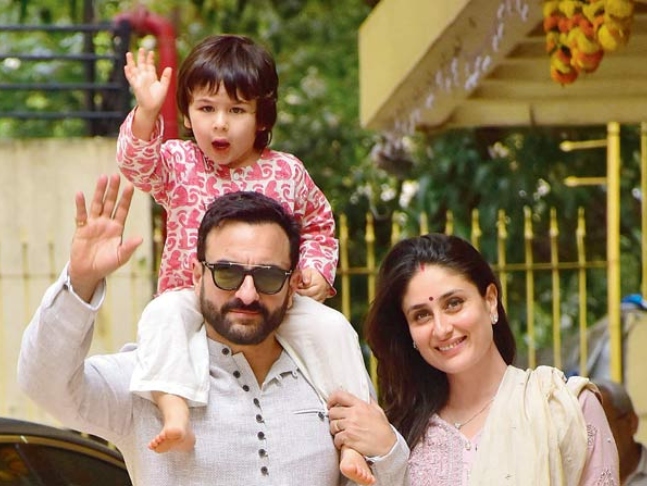 Both Saif and Kareena had shifted to a bigger home prior to the baby's birth, added the publication.

The couple, who tied the knot in 2012 became a family of three in 2016 with the birth of Taimur. They revealed they were expecting another child last year in August.

Earlier, when the celebrities announced the name of their first child, Taimur, on social media, users objected and a controversy erupted.

The name Taimur is associated with a 14th century Turkic king who was one of the world’s most successful conquerors.

Asked about the controversy, Bebo said she the objections were “bizarre”. Times of India quoted her as saying she had no idea why people took her son’s name so personally.

Here's hoping the name reveal is easier this time around!