Party is monitoring the performance of Lahore-based lawmakers 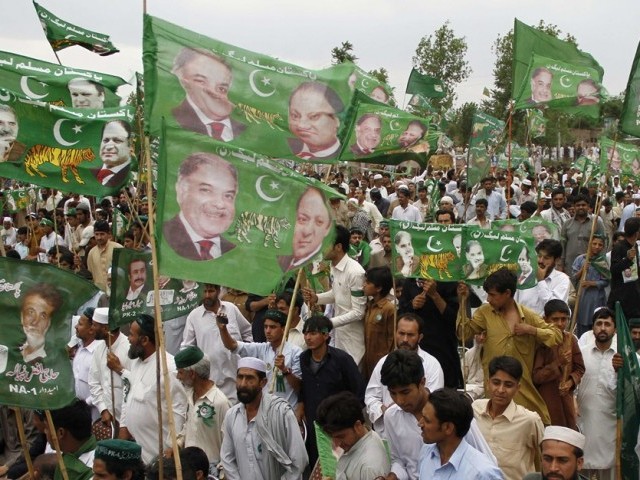 The former ruling Pakistan Muslim League-Nawaz (PML-N) has decided to reorganise the party ranks in Punjab after the Senate elections in March.

In wake of the decision, the party is monitoring the performance of Lahore-based lawmakers. After seeking the final approval from the party President Shahbaz Sharif, provincial President Rana Sanaullah Khan and Central VP Hamza Shahbaz Sharif, PML-N Lahore president and secretary would be appointed.

This time, the PML-N has hinted at bringing new faces in Lahore so that the ruling party PTI can be given a tough time in the party’s stronghold. Currently, Pervez Malik is the PML-N Lahore president and Khawaja Imran Nazir is the secretary. Sources said that party workers have reservations regarding Malik. Three members of Pervez Malik’s family are members of the NA. Malik has been the president of PML-N Lahore for more than ten years.

There is a strong possibility that the new PML-N president will be taken from the list of existing provincial lawmakers. As of now, the PML-N has 32 seats in the national and provincial Assemblies from Lahore.

Opposition leader in the Punjab Assembly, Hamza Shahbaz Sharif, has been in jail for a long time. In his absence, various MPAs and MNAs are holding the fort in Lahore. According to PML-N party sources, the names of Rana Mashhood Ahmed, Mujtaba Shuja-ur-Rehman, Malik Saif-ul-Muluk Khokhar, Bilal Yasin, Sheikh Rohail Asghar, Muhammad Riaz Malik and Khawaja Saad Rafique are currently circulating for the presidency.

It was learnt that Bilal Yasin, Mujtaba Shuja-ur-Rehman and Saif-ul-Mulk Khokhar are close associates of party leader Nawaz Sharif, while Rana Mashhood Ahmed, Sheikh Rohail Asghar, Khawaja Saad Rafique and Riaz Malik are those close to PML-N President Shahbaz Sharif and Opposition leader Hamza Shahbaz Sharif. According to sources, the Khokhar brothers are also known in Lahore as strong party financiers. After the demolition of a part of the Khokhar Palace, the party’s Central Vice President Maryam Nawaz Sharif also visited Khokhar Palace twice and expressed solidarity on behalf of Nawaz Sharif.

As for the politics and organisational affairs of Lahore city, Rana Mashhood Ahmed and Mujtaba Shuja-ur-Rehman have a significant clout in the party.

PML-N Punjab Information Secretary Uzma Bukhari has said that the winds of change have been blowing in Lahore for a long time but the final decision will be taken by the party leadership.

On the other hand, PML-N Punjab Deputy Secretary Information Imran Goraiah said that the final decision to change the presidency of PML-N Lahore would be taken in the light of the opinion of Hamza Shahbaz Sharif.

“He (Hamza) was in jail. The verdict will be announced when he is released from prison.”

PML-N Lahore President Pervez Malik said he is cognizant of the current scenario. “If the leadership thinks that I have been the president of Lahore chapter for a long time and I should be replaced, then this is the decision of the party. I will accept it.”