After trolling, Kangana Ranaut says she didn't compare herself to Tom Cruise 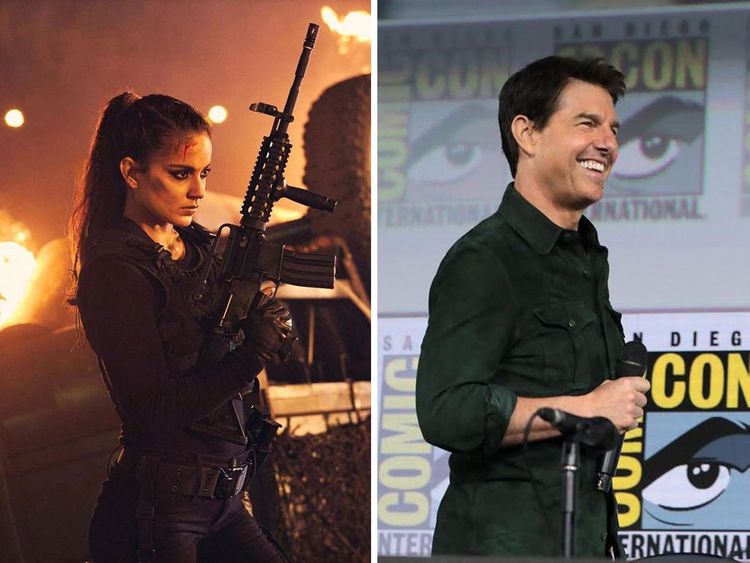 Kangana Ranaut, in a tweet on Tuesday, followed up on comments she made earlier this month when she was compared to Hollywood heartthrob Tom Cruise. On Tuesday. Ranaut said that she never made the comparison herself but that she'd merely repeated what a stunt coordinator who'd worked with both her and Cruise had said, reported Hindustan Times.

The actor came under fire when she posted tweets declaring that she was a more skilled actor than three-time Oscar winner Meryl Streep. Subsequently, she drew a parallel between herself and Marlon Brando, and then quoted stunt coordinator Nick Powell as saying that “she pulled off smoother stunts than Tom Cruise.”

On Tuesday, Ranaut responded to a news story about memes that her comments had spawned. She wrote, "I never claimed it; Nick Powell one of the biggest stunt directors in the world did. Sending a hug and some Burnol."

In her original tweet, the starlet had shared a news story about Powell. She'd written, "Hahaha! Bohut pareshan hain librus, yeh dekho (liberals are confused). Renowned action director of Brave Heart and many legendary Hollywood action films said I am better than Tom Cruise when it comes to action. Hahahahaha! Becharay librus aur tarpo (read this and weep)."

The story quoted Powell, who worked with Ranaut on Manikarnika: The Queen of Jhansi, as saying, "I have worked with the likes of Russell Crowe, Tom Cruise and Brad Pitt, but she gave me the unique experience in which an actress was leading the pack. There were times when she pulled off smoother stunts than Tom Cruise."

Ranaut had challenged people to prove her wrong when she compared herself to Meryl Streep and Gal Gadot. Defending her claims, she'd written in a follow-up tweet, "Please prove my claims wrong or illogical and I will accept my statements as a gloating disorder. If you can’t then you also have to accept, in this world of mediocre hyenas who will do anything to look through genuine talent. Modesty is not good; not at the cost of honesty. Snatch your due."

Many members of the film industry, including Ishaan Khatter, Taapsee Pannu and Richa Chadha, had made direct or indirect comments about Ranaut’s statements.