Ikram put a ring on his now fiancée on Valentine's Day 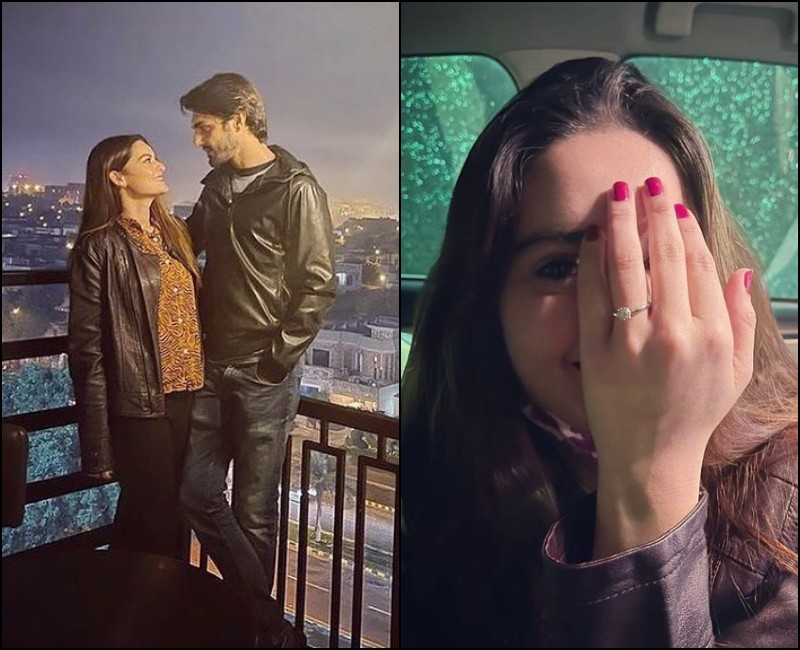 Actors Ahsan Mohsin Ikram and Minal Khan are now engaged and their fans didn’t even know.

Ikram shared a photo of his now fiancée on Instagram, donning a ring on her finger Monday morning, to confirm that she had said yes. Many congratulated the duo on the Insta post, with fans and fellow celebrities sending in their love.

Turns out the two made things official on Valentine's Day, prior to which, Khan had shared a simple yet sweet selfie of herself with Ikram to mark the occasion.

The couple had confirmed they’re seeing each other in November, after Khan's 22nd birthday.

Her twin sister Aiman, on the other hand, tied the knot with Muneeb Butt in 2018 and they have a daughter, Amal.

Minal was most recently seen in television serial Jalan.