During lockdown, several videos and pictures of animals spotted by residents were making rounds on social media 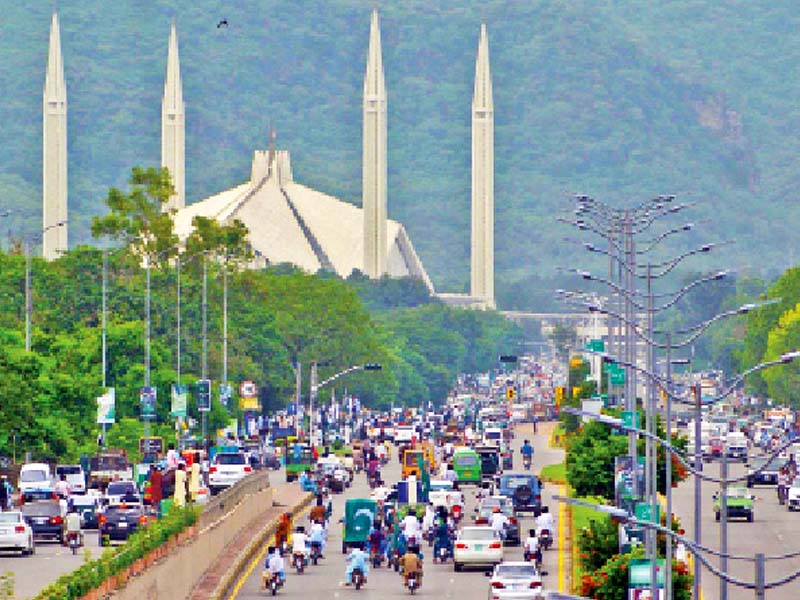 In a somewhat bizarre situation, it seems that wildlife has found a cosy home in the federal capital where it coexists with the local populace.

Every few days, there are reported sightings of wild animals in and around Islamabad, causing bemusement among the residents.

The coronavirus-induced lockdown has presented the public as well as the wildlife animals with unprecedented circumstances. The tourism spots of the capital have been wearing a deserted look as people are mostly confined to their homes.

During the lockdown, several videos and pictures of various animals were making rounds on social media in which they could be seen roaming around in the city.

Due to an influx of visitors at the Margalla Hills, the wild animals are also prowling in the greener concealed parts of the hills.

The eateries located in the vicinity of the Margalla Hills, along with visitors, offer food to the wild animals.

Due to the presence of eateries around the hilly areas, the wild animals sometimes show up sniffing around to find means of sustenance. This leads to sightings and video-recordings of wild animals by amused yet slightly bewildered visitors.

Zain, a resident of Islamabad, recalled a cold wintry night in November 2019, when he was returning home from work around midnight. “I was driving my bike at a speed of over 100km/ hr. In my mind, I was the only one on the road as far as the vision provided clarity.

All of a sudden a heard of wild boars came on the road. There were around six of seven of them, I dodged one but I rammed into a bigger one standing at the side at a full speed. It felt as if I had rammed into a solid wall. The force of the accident flew me up into the air, and I landed onto the road several feet away. My head hit the road but thankfully my helmet saved me from a skull fracture. My bike came skidding towards me but its force died down when it collided with me.”

The resident also complained of lack of proper street lights on major highways, due to which accidents are often caused. “One of my female colleagues told us her hiking group once saw a cheetah at Trail 5,” shared Zain, adding that the sightings are frequently reported by citizens. Despite the constancy of the issue, the government institutions lack a concrete plan to resolve the matter which can prove lethal for the citizens of the federal capital.

Apart from wild animals, people often offer edibles to monkeys roaming the lush green neighborhoods. If the animals engulf plastic envelopes it can choke them to death.

The Margalla Hills National Park is home to leopards, monkeys, and other wild animals including fox species. The cameras installed near Trail 5 and 6 maintain a record in the form of videos and pictures of an unusual movement.

Javeria, another resident of the federal capital, shared that once she came back from her scenic hiking trip to Trail 5 and decided to sit down for a cup of tea and warm fritters. “At the canteen located at the trail, there are wooden benches and there is a steep ditch beside it. In the ditch with green shrubs, suddenly came a herd of wild boars. There were 15 to 20 of them and they started to move upwards, which caused a frenzy among those sitting at the small eating spot. We all jumped at once and moved towards safety to avoid any untoward incident.