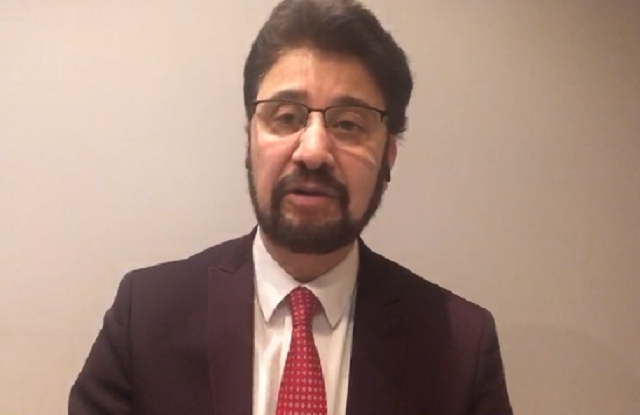 Member of British Parliament and Shadow Deputy Leader of the House of Commons Afzal Khan condemned India’s false propaganda against the Kashmir dispute, saying the influence campaign has now started in the United Kingdom after it was exposed in Europe by EU DisinfoLab.

“India was bewildered when dozens of successful Kashmir Solidarity Day programmes were held in Britain and Europe under the aegis of Tehreek-e-Kashmir United Kingdom (TeK UK) and Europe. India had tried to thwart the Kashmir Solidarity Conference with British Parliamentarians by attributing false news to Senator Mushahid Hussain, Chairman Senate Foreign Affairs Committee Pakistan who was a guest at the conference with more than 40 British parliamentarians. But the series of false propaganda of India did not stop and it still continues,” he said.

The shadow deputy leader of the House of Commons also condemned this move by “Islamophobic and Indian fake media outlets” to suppress the legitimate and legal struggle of Kashmiris for their right to self-determination in accordance with the UN resolutions.

He further said that the Kashmir dispute is on the United Nations agenda which needs to be settled as per the UN resolutions to give Kashmiris right of vote to decide about their future.

“It is unfortunate that India is now backing such type of media outlets same like exposed by EU Disinfo Lab to malign the indigenous liberation struggle of the people of Indian Illegally Occupied Jammu and Kashmir (IIOJK) whose divided families are also settled in UK and they always come out to express solidarity with the people of IIOJK which does not digest by the Indian government. To bully the world and the UK government, Indian proxy fake media outlets are trying to hoodwink policy makers in London through their fake propaganda and we want to appeal the government of UK to take strict action against such false propaganda media outlets,” he added.