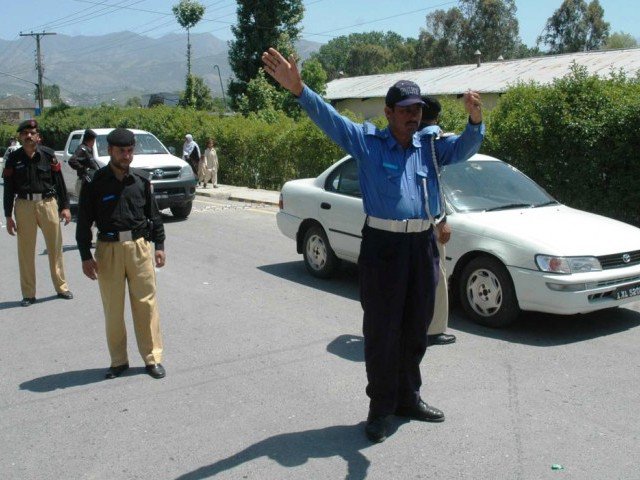 The Rawalpindi City Traffic Police (CTP) has taken notice of a video in which an alleged official of the Rawalpindi Cantonment Board (RCB) wore a uniform similar as that of a traffic warden and received a bribe from a rickshaw driver, an official shared on Saturday.

Within hours, the video of the incident went viral on the internet after which the high-ups of CTP took notice.

In the video, the conversation between the rickshaw driver, impersonator, and the person recording it can be heard.

The suspect reportedly dressed as a traffic warden stopped a rickshaw and demanded the driver for money.

However, when he saw that the activity was being recorded, the impersonator returned the money he had taken from the driver.

In the video, the driver said that he thought that a traffic warden stopped him to check his documents, but instead the suspect started demanding money from him after which he gave him Rs50.

A CTP spokesperson said that strict notice of the incident has been taken and there would be stringent action against the suspect.

When The Express Tribune contacted the RCB spokesperson Qaiser Mehmood, he informed that he was currently traveling and asked to send the video after which he would give his response. However, he could not be contacted again.