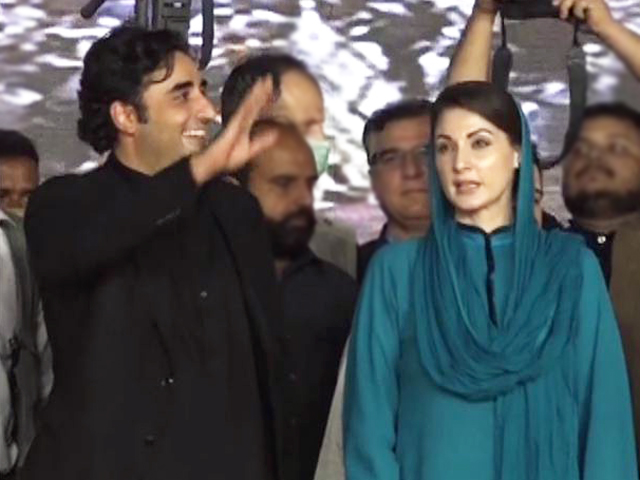 With the date of the Pakistan Democratic Movement (PDM) public meeting in Hyderabad drawing closer, Sindh Chief Minister Syed Murad Ali Shah reviewed on Saturday the arrangements for the event. Later, he mobilised the party's supporters in his constituency in Jamshoro district, addressing the people at multiple places and inviting them to attend the public meeting.

"People from across Sindh will attend this historic public meeting," he said while talking to the media.

The event is scheduled for February 9 on a piece of land along the Hyderabad Bypass near Hatri.

Chairing a meeting with the officers of the district administration, police and PPP's local leaders at Shahbaz Building, regional bureaucracy headquarters, the CM discussed the security and traffic plan for the occasion. He asked the administration to prepare a failsafe traffic plan as people from several districts of the province would travel to Hyderabad to attend the rally.

Hyderabad deputy commissioner Fuad Ghaffar Soomro and SSP Abdul Salam Shaikh gave a briefing to the CM about arrangements of the public meeting. The CM asked the district administration and the police officers to hold a final meeting on February 8 to discuss security and traffic arrangements for the event.

The PPP's local chapter has already put up banners, panaflex posters and the party's flag in Hyderabad city as well as at the place of the public meeting. The PPP has given the responsibility to gather people for the PDM's maiden power show in Hyderabad to the party's local leaders of all districts.

"The inept rulers from the Pakistan Tehreek-e-Insaf (PTI) neither deliver themselves, nor do they allow others to deliver," the CM said while speaking to media persons. "People should participate in the public meeting so that they can get rid of the selected PTI government."

Responding to a question, he said the "incapable PTI government" had failed to achieve its revenue collection target and Sindh was being financially punished for that failure. He reiterated his complaint about the province being denied its due share under the National Finance Commission award.

According to the CM's estimate, the Centre targeted a revenue collection of Rs4,800 billion during the ongoing fiscal year. However, in the first seven months of the year, just around Rs2,100 billion could be collected, he added.

Commenting on the demand for open voting in the upcoming Senate elections, the CM said the federal government, for now, appeared fixated with "unconstitutional manoeuvres" to win majority in the upper house of the parliament.

"Oblivious of the fact that they [PTI] don't even have a simple majority, they tabled a constitutional amendment in the assembly without taking on board the opposition members," he said.

Murad described the treasury members' move for the amendment as a "joke whose purpose was to play a game instead of achieving the objective."

To another query, the CM criticised the Centre's energy policy and complained Sindh's proposition had not been included in the policy.

According to him, the Centre claimed Rs75 billion were unpaid on account electricity bills by the province. However, after a review, the actual outstanding dues were calculated at around Rs27 billion, he said.