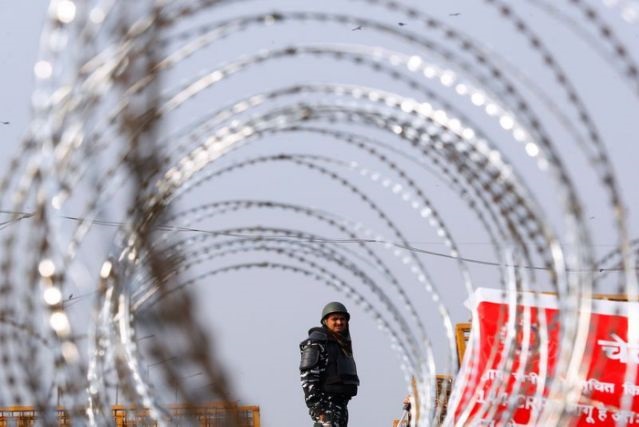 Tens of thousands of farmers have camped out on the outskirts of New Delhi for more than two months, blocking key roads and demonstrating against the laws they say will benefit large private buyers at their expense.

The protests have mostly been peaceful but a tractor rally on Jan 26 flared into turmoil as some farmers clashed with police in New Delhi.

Since then, authorities have shut down the mobile internet in parts of the national capital and heavily barricaded border roads to prevent protesters from coming into the city again.

“The rights to peaceful assembly & expression should be protected both offline & online,” the Office of the United Nations High Commissioner for Human Rights said on Twitter late on Friday.

“It’s crucial to find equitable solutions with due respect to #HumanRights for all.”

The farmers will hold a three-hour “chakka jam”, or road blockade, starting around noon local time (0630 GMT) across the country except in New Delhi and a couple of neighbouring states.

While the protests were initiated by rice and wheat growers from northern India, particularly opposition-ruled Punjab state, support has been growing across the country.

The issue has also caught international attention with celebrities such as pop star Rihanna and environment campaigner Greta Thunberg announcing their support for the farmers. The United States has also urged India to resume talks with farmers.

Modi’s government has held multiple rounds of talks with farmer representatives but failed to resolve their differences.

The government says the reforms will bring much-needed investment to the farm sector, which accounts for nearly 15% of India’s $2.9 trillion economy and about half its workforce.