PAC refuses to back down from discussing Broadsheet

Up to varsities to hold online or on-campus exams: HEC 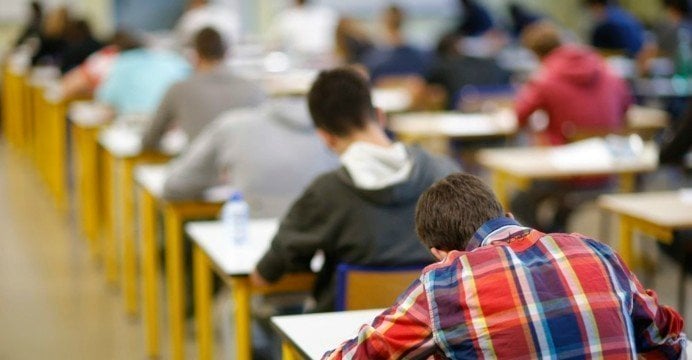 The Higher Education Commission (HEC) has authorised the public and private universities in the country to decide whether to hold online or on-campus examinations and rejected the protests and demand of students against physical examinations.

A formal statement issued by the HEC on Wednesday stated that following the concerns expressed by students of some universities regarding physical or on-campus examinations, the vice chancellors of universities of the four provinces and regions were consulted regarding the situation during the pandemic and reopening of universities from February 1.

According to the announcement, it will now be at the discretion of the universities to conduct examinations under the "online or on-campus" system.

However, in either online or on-campus examination system, the performance of the students should be tested in a transparent and systematic manner.

Meanwhile, since Wednesday evening, a fake notification with the signatures of HEC Chairman Dr Tariq Banuri had been circulating on social media saying that the commission had barred universities across the country from conducting on-campus examinations and allowed only taking online examinations.

The HEC termed the notification fake and denied issuing any such orders.

While talking to The Express Tribune, HEC spokesperson Ayesha Ikram confirmed that the commission had not issued any such notification.

The spokesperson observed that the universities themselves were authorised to decide the system for conducting the examinations.

In addition, the statement issued by HEC for online and on-campus examinations further said that universities should use the best method of assessment in connection with examinations.

Universities can use "open book exam" system or the invigilation system in the supervisory environment for online exams, the statement said.

It noted that oral exam may be taken where necessary, adding that where a lab or studio existed, if necessary, two weeks of "make-up classes" could be conducted.