The Hindu newspaper reported that in the southern state of Tamil Nadu, the turnout was only 16 percent 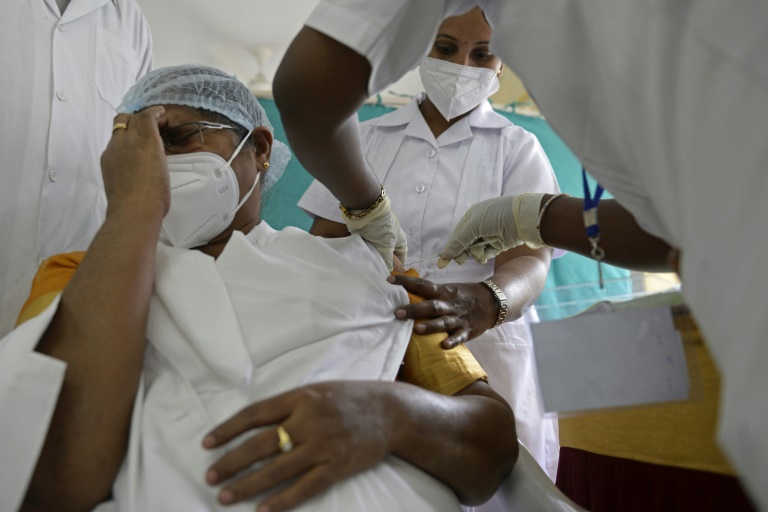 By July, India aims to vaccinate 300 million of the 1.3 billion population against Covid-19. AFP

India on Monday stepped up efforts to bolster trust in coronavirus vaccines after it was revealed that nearly a third of those invited to get jabs at the launch of a nationwide drive failed to turn up.

The government has begun one of the world's most ambitious vaccine programmes, aiming to innoculate 300 million of the 1.3 billion population by July.

In the first three days of the drive, which started Saturday, the government said 381,305 vaccinations were carried out.

In the capital New Delhi, only 53 percent of people came forward for jabs, according to a health official.

"These are initial days and we understand people are waiting to see how the procedure pans out and how other vaccines fare," said Suneela Garg, a member of the coronavirus task force for the capital.

"These numbers will go up as confidence is strengthened. And for that, we have to tackle misinformation."

The Hindu newspaper reported that in the southern state of Tamil Nadu, the turnout was only 16 percent.

At a community health centre in Rohtak district in the northern state of Haryana, only 29 out of 100 people expected showed up, a doctor there told AFP.

"People are very scared. We can't force anyone to take the vaccine, it is voluntary," said the doctor, speaking on condition of anonymity.

"From the very beginning, we have warned people not to be worried about this misinformation that is being spread," Vardhan told media.

It has so far approved two vaccines for use, one of which is yet to complete its clinical trials.

The government confirmed late Monday that two post-vaccination deaths have been reported.

One was a 52-year-old man who the health ministry said died Saturday in the northern state of Uttar Pradesh from "cardiopulmonary disease" and not the jab.

A post-mortem was being conducted on a 43-year-old man in Karnataka state who suffered a heart attack.

The government said that over the first three days of vaccinations 580 people had reported adverse symptoms.