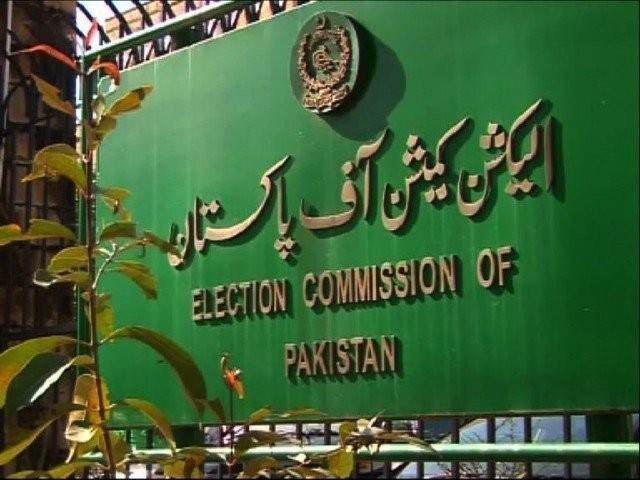 The Pakistan Tehreek-e-Insaf (PTI)-led government may face difficulties in achieving its desired objectives in the presidential reference case, as the Election Commission of Pakistan (ECP) on Saturday opposed holding of Senate elections through open ballot without amending the Constitution.

The ECP, through its counsel Sajeel Sheryar Swati, submitted a concise statement in the presidential reference case in the Supreme Court, which is being heard by a five-judge larger bench led by Chief Justice of Pakistan Gulzar Ahmed.

Also, on Saturday, the Jamat-e-Islami (JI) requested the apex court to return the reference without any answer, stating that the court should not enter the political arena, as it might undermine the neutrality and independence of the judiciary.

The government through Attorney General for Pakistan Khalid Jawed Khan has sought interpretation of Article 226 of Constitution through the presidential reference. According to Article 226, all elections other than those of the prime minister and chief ministers, shall be held through secret ballot.

However, the opposition parties contend that a constitutional amendment is required to change the voting mode. The Jamiat Ulema-e-Islam-Fazl (JUI-F) and Senator Raza Rabbani, while becoming party to the case, have opposed the government plan. Similarly, the superior bars are also opposing the move.

“Most ordinary and natural meaning elucidated by Article 226 is that elections ‘under the Constitution’ are those elections that are held by or under the authority of the Constitution,” it said. “Article 226 provides only two exceptions i.e. election to the office of Prime Minister and Chief Minister (which on true construction refers to only one exception, the leader of the House),” it added.

“As per rules of statutory interpretation, when exceptions to a general rule have been specified in the rule, those are the only exceptions and no other exception can be implied or read into the provision,” the statement read.

The ECP believes that in case of open voting, an anomaly may surface and that is the independent members of the assembly, who do not fall under any party discipline and they too are the voters in Senate election.

“Fundamental right of Freedom of expression as provided in Article 19 of Constitution would have to be ensured for Independent members during voting for Senate elections. Similarly, lone Parliamentary member present in the Assemblies will confront the identical situation as they cannot be forced to show/share their preferences”, the statement said.

“Last but not the least; Freedom of expression under Article 19 includes the freedom to express a political choice through a vote and through a free, neutral and transparent electoral system,” added the ECP statement.

Senate elections have always been held through secret ballot after the enactment of the Constitution. “There is no provision after Article 226 which deals with ‘election’ to any office,” the ECP said. “Following the simple rule of statutory interpretation, it would be safe to assert that the aforesaid provision would be all encompassing to have taken care of all elections mentioned in the Constitution before it,” it added.

The statement mentioned that in a number of judgments relating the secrecy, the Indian courts drew and relied upon this factor heavily that since there was no constitutional requirement for secret ballot for the general elections, open ballots could be used in order to ensure the purity of the elections.

The JI requested the Supreme Court to return the presidential reference without giving answer. JI stated that contents of the reference reflected that the government was trying to use the judicial branch for its purpose, therefore, the apex court should not enter the political arena which may likely undermine the judiciary’s neutrality and independence.

“Time and again, all government whether political or military have been bringing matters before the courts for obtaining legitimacy for their illegal and unconstitutional acts. The political and constitutional history of Pakistan is replete with such judicial interventions starting from Movi Tameezuddin case,” it said.

Meanwhile, it is learnt that one section within the PTI government does not want that Senate elections should be held on open ballot. Even a cabinet member says that establishment has also no interest about changing of method of Senate polls. Interestingly, pro establishment lawyers are openly saying that Senate elections cannot be held on open ballot without a constitutional amendment.

Both the processes have their own implications. Secret balloting on one hand keeps your secrecy that helps prevent any coercion to do what you don t want. on the other hand it opens the ways for corruption. While open balloting may expose you.