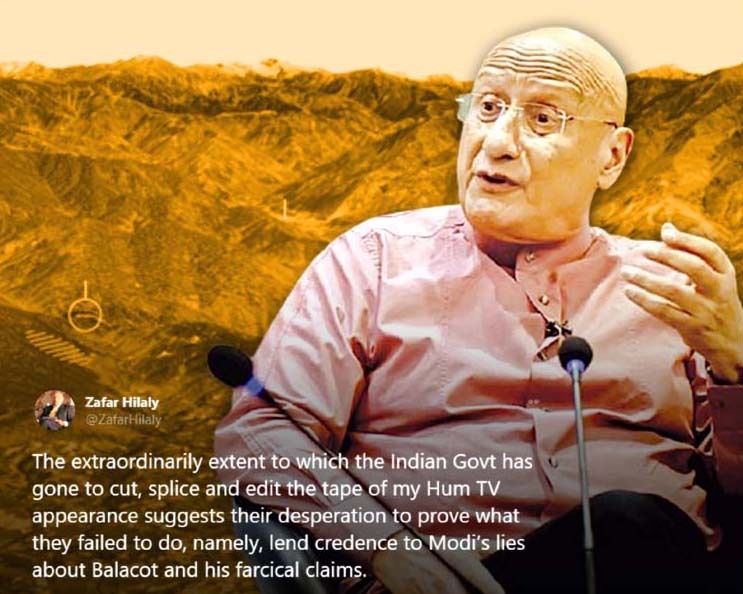 Indian television news channels were left red-faced when they had to retract what they were vociferously peddling as an admission by a former Pakistani diplomat of dozens of deaths in India’s “Balakot air strike” was in fact a doctored video.

Footage purportedly showing former diplomat and Pakistani analyst Zafar Hilaly admitting that 300 people were killed in the Balakot airstrike carried out by the Indian Air Force (IAF) inside Khyber-Pakhtunkhwa (K-P) was widely shared on Indian Twitter as well as various media outlets in the neighbouring country.

The Express Tribune found the claim to be false as the video of Hilaly making the claims has been doctored.

In the edited video, Hilaly can be heard in the televised debate on local news channel Hum News saying:“India crossed the international border and carried out an act of war in which at least 300 were reported dead. Our target was different from theirs. We targeted their high command. That was our legitimate target because they are men of the military. We subconsciously accepted that a surgical strike — a limited action — did not result in any casualty. Now we have subconsciously told them that, whatever they will do, we’ll do only that much and won’t escalate.”

In a TV interview, a former Pakistani diplomat has claimed that India killed 300 terrorists in the #Balakot airstrikes that took place on February 26, 2019.
(@gauravcsawant)#ITVideo #India #Pakistan pic.twitter.com/2U0JbfsXT0

The YouTube video uploaded by the local news channel, however, illustrates how the footage has been heavily doctored.

“By using the vocabulary of the enemy, is Pakistan making its own case weak?” Zafar Hilaly begins to answer this question at around 4:17 minutes. At about 5:14 minutes he says,"By crossing the international boundary India committed an act of war in which they intended to kill at least 300 people.”

In the very next sentence at 5:29 minutes the diplomat states that the Indian operation had failed — Coincidentally, they [Pakistani people] did not die and India bombed a football field.”

In fact, Hilaly was also speaking about India’s intention to kill 300 on the Pakistani side prior to the portion of the segment made viral. At about 4:30 minutes, he states, "It is said that your intention was to strike at a madrasa where 300 children were studying. This means that your intention was to kill 300 people. They were not there, this [information] was wrong, it [strike] did not happen so you threw your bomb in a football field.”

The viral video shared by Indian news outlets has an abrupt cut around 7-9 seconds. The word marna (to kill) sounds as if Hilaly said mara (killed). The ‘n’ pronunciation has been edited out. 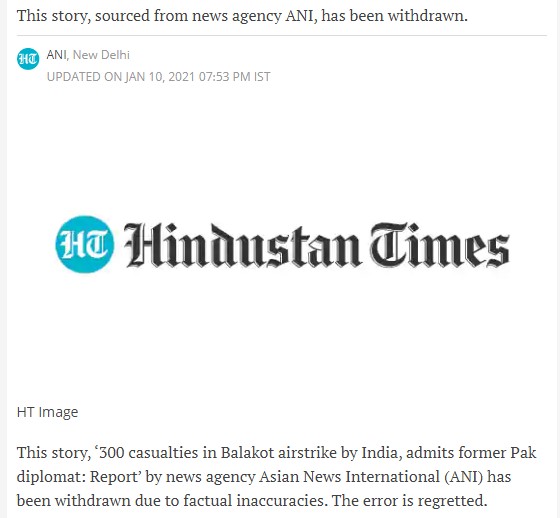 His statement right after the above claim has also been removed in the viral clip. This was where Hilaly makes the claim that the Indian operation failed and the airforce instead bombed a football field.

A screengrab of the doctored video can be seen below.

A screengrab of the original video can be seen below. 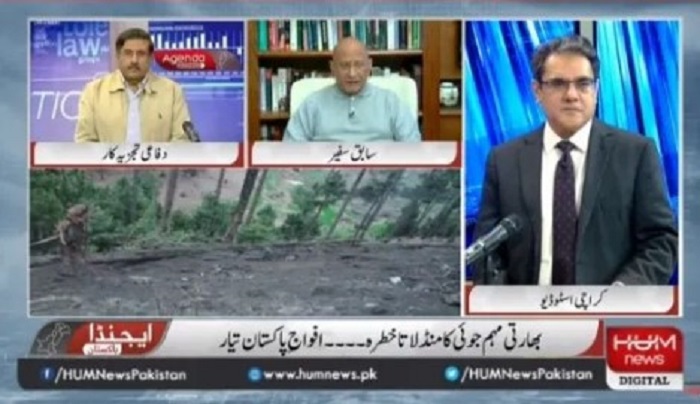 The former diplomat also lashed out at New Delhi on Twitter deeming the doctored video as a "desperate attempt to validate Modi's lies" about the events that transpired in Balakot.

The extraordinarily extent to which the Indian Govt has gone to cut, splice and edit the tape of my Hum TV appearance suggests their desperation to prove what they failed to do, namely, lend credence to Modi’s lies about Balacot and his farcical claims.

The Times Of India has an item based on the cut, spliced and edited tape of my Hum TV talk. Lacking first hand proof re Balacot, Modi is desperate for 3rd party confirmation for his lies and, not finding any, is doing a terrible job making it up.

On February 26, 2019 Indian fighter jets carried out air strikes in Balakot, a town situated in the Mansehra district of K-P, on what the Modi administration alleged were ‘militant camps’. Islamabad has denied any such camps existed.

On the same day, Indian Foreign Secretary Vijay Gokhale had claimed that IAF jets had destroyed a key ‘terror camp’ and killed scores of terrorists.

The figure informally leaked to the Indian media by the Indian government sources had put the number of slain terrorists at 300.

The attack site, however. has been visited by several international news teams. Two Reuters reporters, who visited the area, quoted villagers as saying no militant camps existed in the area.

The Reuters team also found that villagers had heard four loud bangs at the time of the attack, but said only one person had been wounded by bomb shards.

It also said the damage from the strike was limited to about 15 pine trees being brought down in the area. Al Jazeera journalists also visited the attack site and quoted witnesses and local journalists as saying that the munitions dropped by the Indian aircraft had hit an uninhabited forest in Balakot. Additionally, Associated Press journalists visiting the site saw several large craters and upended trees but no sign of remnants of a terrorist training camp. And increasingly, questions are also being raised in the Indian media regarding the Indian government’s version of events. 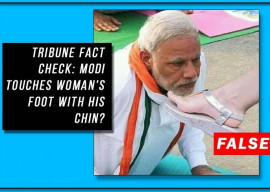 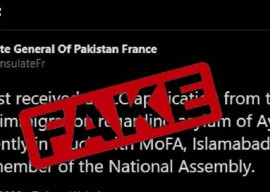 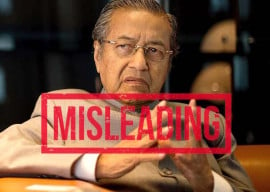 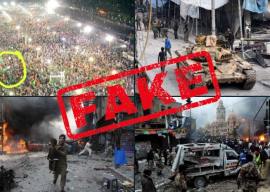