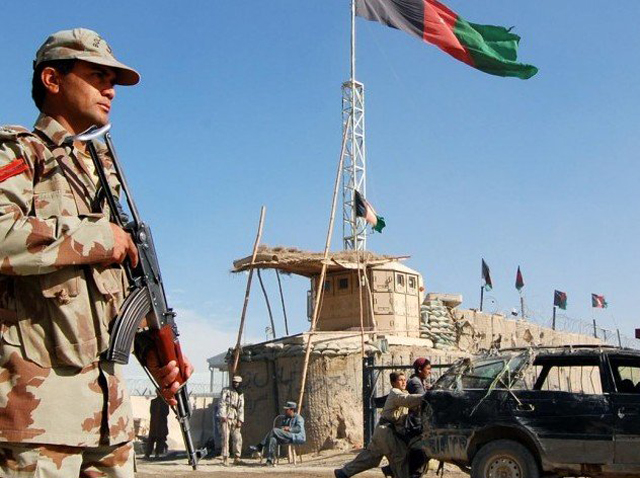 Pakistan has consistently been raising the issue with the Afghan authorities for effective border management. PHOTO: FILE

A Frontier Corps (FC) soldier embraced martyrdom when terrorists from inside Afghanistan fired across the international border at a military checkpost in Khyber-Pakhtunkhwa’s Mohmand district on Wednesday, military said.

According to military's media wing, the ISPR, 25-year-old Sepoy Fazal Wahid, a resident of Shangla in Swat valley, sustained bullet injuries during the exchange of fire and succumbed to his wounds later on.

Pakistan has consistently been raising the issue with the Afghan authorities for effective border management on their side of the border to check the cross-border terrorist incidents.

In November, another FC soldier embraced martyrdom while two others sustained injuries when terrorists attacked their security checkpost along the Pak-Afghan border in Balochistan’s Zhob district.

Naik Fakhr Abbas, 22, was martyred and two other FC soldiers injured in the ambush, the ISPR said in a statement.

In October, a soldier was martyred and another was injured on the border after terrorists attacked a post in Bajaur sector.

Terrorists fired from across on a Pakistan Army post along the Pak- Afghan Border in Bajaur, the military’s media wing tweeted. “Resultantly, Havaldar Tanveer embraced Shahadat while one soldier got injured,” it further said.