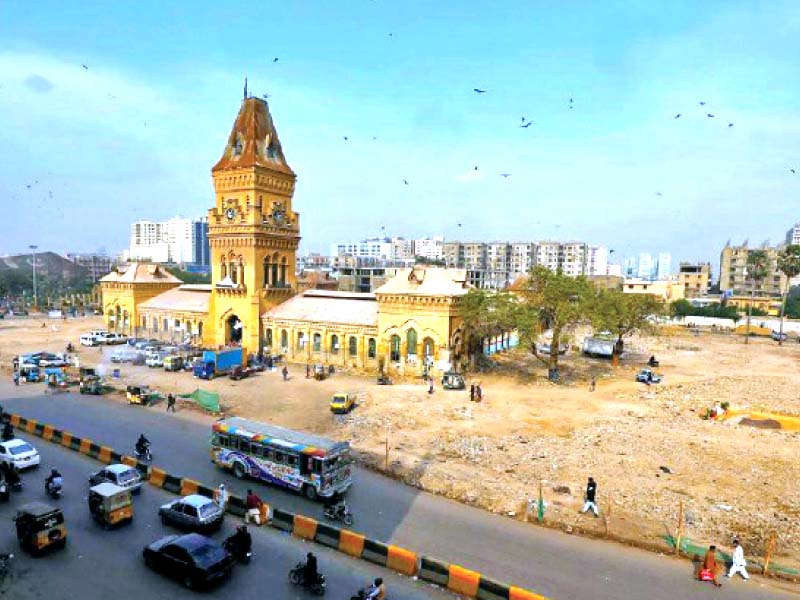 The transformation plan is set to be executed by the Provincial Coordination Implementation Committee chaired by the chief minister. PHOTO: FILE
KARACHI:

The federal government considered the much highlighted city of ports’ infrastructure projects worth Rs739 billion titled Karachi Transformation Plan to be financed through public-private partnership (PPP) and completed in three years.

The projects, which are supposed to be constructed in consultation with the government of Sindh, are aimed at improving water supply, sewerage treatment and disposal, solid waste management, storm water drainage, internal roads and mass transit system.

The projects would be financed “through the Public Sector Development Programme (PSDP) and PPP (public-private partnership) mode of financing,” said a statement on Monday.

Senior officials from the Planning Commission, federal ministries and divisions and representatives of the provincial governments also participated in the meeting.

Besides, the meeting approved a concept clearance paper presented by the government of Khyber-Pakhtunkhwa titled “Foreign Assistance from IFAD for Rural Economic Transformation Project” worth $100 million for all districts of the province.

Earlier in September 2020, Prime Minister Imran Khan visited the city of ports and announced a development package worth Rs1.1 trillion under the Karachi Transformation Plan in the wake of record rains, overflow of drains into homes and scores of deaths from electrocution.

The devastating rainfall and power blackouts for several days in different parts of the city prompted citizens to stage protests against inaction of the government, which ultimately drew the federal government’s attention.

The second major chunk of Rs267 billion was allocated for solid waste management, cleaning of storm water drains and resettlement of people living on encroachments built on the city’s waterways.

A sum of Rs141 billion was allocated for Karachi’s sewage treatment plants, Rs92 billion for water supply projects and Rs41 billion for roads.

The transformation plan is set to be executed by the Provincial Coordination Implementation Committee (PCIC) chaired by the chief minister.

“All issues of Karachi, including water supply, drainage, sewage, public transport and solid waste disposal will be addressed at once,” the PM said during his visit to Karachi in September.

“All stakeholders will be involved in its implementation and the army will play a major role,” he added, noting that the armed forces had helped the civilian administration in times of calamities.

“We are trying to address the issues. I assure the citizens of Karachi that their water issue will be resolved in three years.”

The premier pointed out that the city’s drains had encroachments, which had created a catastrophic situation during recent rains. “We will initiate a drive to demolish illegal structures on nullahs and homeless people will be compensated by the provincial government.”

He said the plan would also focus on Karachi’s sewerage and solid waste disposal system.

In reference to the dismal state of public transport in the city, the premier assured residents of the metropolis of swift completion of the Karachi Circular Railway (KCR) and timely beginning of work on roads and bus rapid transit system.

“We have decided to completely solve the issue of transportation and roads.”

Remove PPP and sind will prosper immensely. Corruption will stop 90 .