Felt like a deer caught in the headlights: Neetu Kapoor on losing Rishi Kapoor in 2020 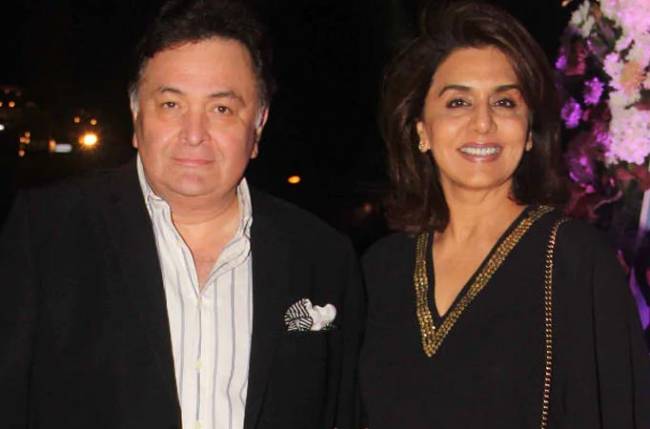 Bollywood actor Neetu Kapoor is bidding farewell to 2020 with an emotional post about her late husband and legend Rishi Kapoor.

The year had its ups and downs but for Neetu and her family there were mostly downs amid the passing of Rishi in April. Moreover, Neetu tested positive for Covid-19 recently but made her onscreen comeback with Jug Jugg Jeeyo last month.

The actor has now shared her reflections about the year with throwback pictures alongside Rishi and her children, Ranbir Kapoor and Riddhima Kapoor Sahni.

“2020 was quite a roller coaster! When you left I felt like a deer caught in the headlights not knowing where to go. It was cathartic at the time as it gave me something to look forward to, then Covid happened. I could have never gone through so much without my cuties. Thank you both for holding on #RnR #jugjuggjeeyo,” she wrote.

Neetu received several reactions to her post from friends and followers who felt her pain. Currently, she is on vacation with her children Ranbir and Riddhima along with Alia to ring in the New Years together, reported the Hindustan Times. The star fam was spotted at the Kalina airport in Mumbai on Tuesday morning.

Jug Jugg Jeeyo also stars Varun Dhawan, Kiara Advani, Prajakta Koli and Anil Kapoor. While shooting for the film Neetu had written, “My first flight, in these scary times, nervous for this journey! While Kapoor Sahab, you aren’t here holding my hand, I know you are with me, #RnR thank you for encouraging me to do this. P.S. We are all Covid tested and safe, hence removed mask while taking picture.” Neetu’s last release was 2013’s Besharam, which also starred Ranbir and Rishi.