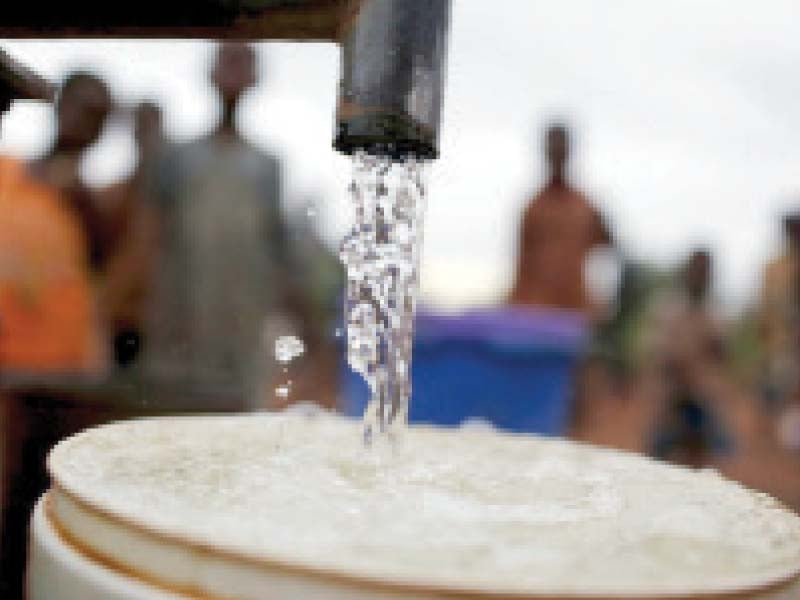 The execution agency of the K-IV project has been changed from Karachi Water and Sewerage Board of Sindh government to the Water and Power Development Authority. PHOTO: FILE
ISLAMABAD:

The federal government on Tuesday approved the takeover of Greater Karachi Water Supply Scheme but did not take decision on revising the scope and cost of the project amid slow progress on the Karachi transformation plan.

The Central Development Working Party (CDWP), in its meeting, referred the Greater Karachi Water Supply Scheme (K-IV) worth Rs25.5 billion to the Executive Committee of National Economic Council (Ecnec) for approval, according to the Ministry of Planning and Development.

The deputy chairman welcomed the appointment of Dr Muhammad Ahmad as new chief economist of the Planning Commission. Ahmad had joined the ministry a few days ago but was struggling to find an accommodation in the P-Block.

The CDWP only approved the change in ownership of the project from the Sindh government to the federal government. The execution agency of the project has been changed from Karachi Water and Sewerage Board of the government of Sindh to the Water and Power Development Authority (Wapda).

The meeting was told that Wapda could execute such projects as per Wapda Act, therefore, the CDWP decided to change the sponsoring and executing agency to ensure implementation of the project on a fast-track basis. The CDWP noted that there was “extraordinary delay in execution” of the project by the government of Sindh.

The project had been approved by Ecnec in 2014 on 50:50 cost-sharing between the federal and provincial governments at a total cost of Rs25.5 billion. As per the original schedule, the project should have been completed by November 2018. So far, the physical progress was 41% while the financial progress was 47%.

Under the Karachi transformation plan, the Pakistan Tehreek-e-Insaf (PTI)-led federal government decided to take over the K-IV project and fund out of its Rs739 billion share.

In its documents, the Ministry of Planning has shown the revised estimated cost of the project at Rs60 billion. However, on Tuesday no decision was taken on revision of the cost and scope.

A joint working by the federal and provincial governments would determine the scope of work to be done and additional demand, if required, would necessitate a revised PC-I for approval by the competent forum, the CDWP was informed.

K-IV had been designed with total capacity of 650 million gallons of water per day (MGD) to meet demand of 18.5 million inhabitants of Karachi. The scheme has been divided into three stages. In the first stage, work on 260-MGD project with a cost of Rs25.5 billion was planned to be completed by 2018. In phase two, another 260 MGD of water will be purified and in the last phase the remaining 130-MGD capacity will be added to the system.

The Planning Commission deputy chairman emphasised that there was a severe water shortage in Karachi and, therefore, the project needed to be implemented on a fast track. He said that all the agencies involved in the project were committed to expediting and prioritising the project. After heavy monsoon rains, the federal government had decided to improve civic facilities in the metropolitan city. But so far no major progress has been witnessed on implementation of the Rs739 billion Karachi package. The CDWP approved the Young Development Fellows project at a cost of Rs133.7 million. The programme is aimed at grooming talented young women and men with distinguished academic background and potential for leadership.

This programme will enhance the capacity of young Pakistanis in the areas relevant to the Planning Commission such as development, strategic planning, performance management and evaluation, project management, energy, public policy formulation and development communications.

The CDWP approved a project for provision of clean drinking water in Lahore at a cost of Rs1.7 billion. For the rehabilitation of physical infrastructure of 200 educational institutions under the Prime Minister’s Education Reform Programme in Islamabad, a Rs3.7 billion project was approved by the CDWP.

The objective of the project is to provide better infrastructure to public institutions, provide a conducive and better environment and provide missing facilities in ICT schools.