In the last 10 years, govt fails to introduce a single public transport scheme on a permanent basis 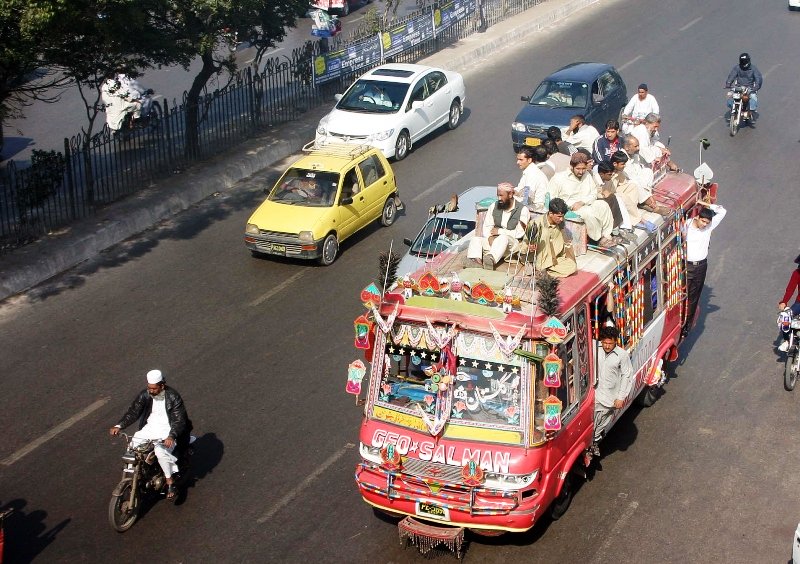 A public bus on the roads of Karachi. PHOTO: PPI

Commuting has long been an uphill battle in the city of more than 20 million. Spanning over an area of over 3,780 square kilometres, it is baffling to think how a megacity like Karachi has managed to function in the absence of a reliable government-owned public transport system.

According to the World Bank, a city should have a 100-seater bus for every 1,500 people to qualify as one with an adequate transport mechanism. By this projection, Karachi with a population of more than 20 million requires at least 40,000 minibuses, each with a seating capacity of 32 people. Unsurprisingly, the number of busses actually operating in the city, happens to be far less than the recommended quantity. The few buses that do ply the city’s roads are filled to the brim, with passengers spilling out windows and camped on rooftops.

To somewhat aid this transportation crisis, the previous city government had procured some 75 new CNG busses. However, as fate would have it, 64 out these 75 new buses have long remained out of order and are collecting dust at the Surjani Town Depot. The remaining 10 buses have been reportedly donated to various government agencies, while one met the unfortunate fate of being set ablaze during a riot.

It appears, the government has been unable to introduce a single public transport scheme on a permanent basis, to the megacity, in the last ten years. Owing to which, the gap created by the lack of affordable intra-city transport options, is currently being filled by thousands of illegal nine to twelve-seater CNG rickshaws motoring on short routes around the city.

A Karachi Metropolitan Corporation (KMC) Official, speaking on conditions of anonymity said that the aforementioned 75 CNG buses were procured in 2009, during the tenure of former Mayor Mustafa Kamal. “They were operated on three official routes. 25 of them went from Surjani to Tower, 25 operated from Surjani to Korangi and 25 ran from Orangi to Malir. Owing to the subsidies which the city government provided, bus fares also remained low with a minimum of Rs10 and maximum of Rs15. Thousands of passengers travelled daily under this transport scheme. However, at the end of the elected city government’s tenure in 2010, the local government system was completely taken over by the Sindh government. Meanwhile, the KMC was revived by repealing the local government laws of the city,” the source informed.

According to the official, KMC has been faced with a severe dearth of finances following the overthrow of the city government. As a result of which, the municipalities have remained dependent on the Sindh government for the implementation of every development scheme.

Reportedly, owing to non-issuance of funds and lack of repairs, the 64 CNG buses became defunct in 2011. Following which, the three routes they once operated on were also closed. Despite several requests by KMC, the Sindh government released a small amount of funds in 2014. The funds were barely enough to repair 36 of the 65 defunct buses, while the remaining 28 buses have remained damaged and defunct for over nine years.

The 36 buses were set to run from Gulshan-e-Hadeed to Tower, on the direction of the Sindh government. Since these buses operated under the supervision of private transporters, their fare was increased to a whooping Rs40, more than twice of what the previous buses cost. “However, those buses also could not last for too long. The contract with the private transporters expired and the buses, like the rest, have been gathering dust parked at the Surjani Town Depot. Some of these buses are in good condition, while ample funds are required for some 28 buses which have failed the test of time,” the KMC officer informed The Express Tribune.