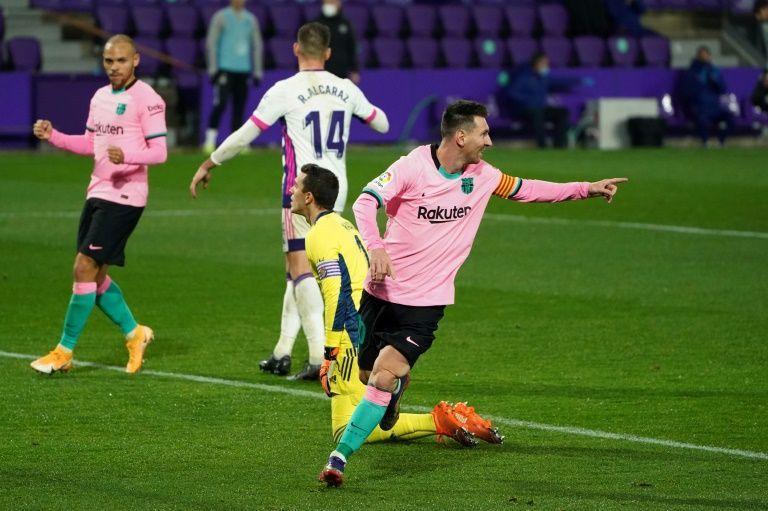 Lionel Messi will miss Barcelona's last match of the calendar year after the Catalan giants announced on Sunday that ankle treatment will keep him out of their midweek La Liga match with Eibar.

In a statement, Barca said Messi "is completing the treatment for his right ankle, and is expected to return to training after the FC Barcelona v SD Eibar match".

Messi has already missed two matches for Barca in December, as he sat out their Champions League fixtures at Dynamo Kiev and Ferencvaros.

Messi has played 18 times this season for the five-time European champions, scoring 10 times.

His last goal, the third in a 3-0 win at Real Valladolid on Wednesday, took the Argentine past Pele for the number of goals scored for one club.

His strike in the 65th minute took him to 644 goals, one more than the number Brazilian icon Pele scored for Santos.

After a troubling start to the campaign, Barca have taken 10 points from their last four games and sit fifth in La Liga.

However, Ronald Koeman's side find themselves eight points behind league leaders Atletico Madrid, with Barca having also played one game more.