Karachi and Hyderabad follow Abbottabad with positivity ratios at 14.81% and 14.47% respectively 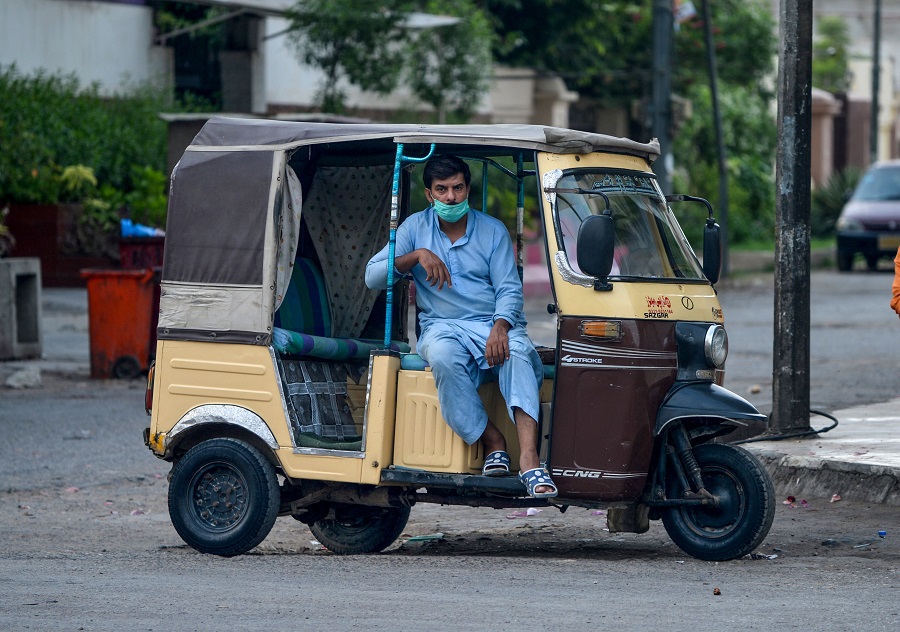 A man sits in his rickshaw with a loosely worn mask. PHOTO: AFP
ISLAMABAD:

The National Command and Operation Centre (NCOC) reported on Monday that the current positivity ratio in the country stood at 6.13 per cent, with the highest positivity ratio being observed in Abbottabad at 15.95 per cent.

Following Abbottabad, the positivity ratio was found to be highest in Karachi at 14.81 per cent and Hyderabad at 14.47 per cent.

No new cases were recorded in Gilgit-Baltistan (G-B) in the last 24 hours, with a positive rate of zero per cent.

Meanwhile, at least 2,263 patients across the country are in a critical condition.

According to the NCOC, the positivity ratio is determined based on the positive cases appearing in 100 samples of novel coronavirus patients.

Last week, Pakistan reported the highest number of coronavirus related deaths, 111, in the country since June. The NCOC informed that most of these deaths were reported in Sindh, followed by Punjab.

As most countries begun their respective inoculation drives, the health ministry stated, on December 23, that the government was in close liaison with the world's leading Covid-19 vaccine manufactures and is regularly reviewing developments, including data from phase three trials.

During the briefing, the NCOC was informed that the steps being taken will lead to a final decision about early vaccine availability in Pakistan.