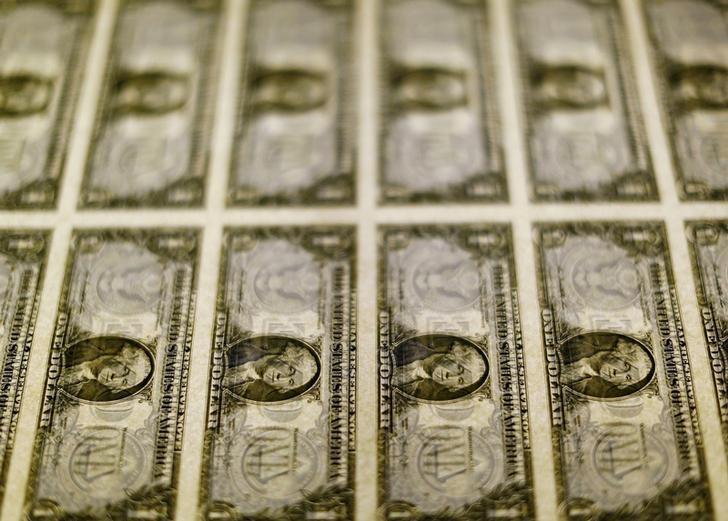 United States one dollar bills are seen on a light table at the Bureau of Engraving and Printing in Washington November 14, 2014. PHOTO: REUTERS
ISLAMABAD:

The Auditor General of Pakistan (AGP) has unearthed that roughly $7 million was spent on two government-owned historical buildings located in the US capitol’s embassy row for repair and renovation but the end result is that one building is in a dilapidated condition while the other could collapse any moment.

A recently published piece in The Washington Post stated that Massachusetts Avenue is the most elegant and fascinating street in Washington. Pakistani authorities, however, spent millions of dollars on the two government-owned historical buildings located in the US capitol’s embassy row for repair and renovation and yet the high-value properties are falling into ruins.

The AGP calculated that $7 million at that time when the dollar was sold for Rs104 was equal to Rs730 million. Now, it’s over one billion rupees.

In 2010, the Ministry of Foreign Affairs initiated a summary for refurbishment of the two chancery buildings and proposed that a loan of $7 million could be obtained from the National Bank of Pakistan, which the then prime minister approved.

In 2017, the foreign affairs ministry, with the then PM’s approval, asked the AGP to conduct a special audit to examine if the loan taken was utilised in true perspective and whether the project was managed with due regard to efficiency, effectiveness and economy or not.

During the audit, it emerged that the ministry through its letter on June 18, 2011, communicated principal approval to the Massachusetts Avenue building, however, the embassy had signed the agreement on June 3, 2011, with Dashiell Construction Co – prior to approval from the ministry amounting to $3,888,623. The embassy signed a separate contract agreement worth $3,067,796 for repair and renovation of the R Street building with the same firm on the same date – June 3, 2011.

The stipulated completion date of both works was July 2012. However, “the renovation work of Massachusetts Avenue was completed in December 2014 and since then it has been lying vacant and deteriorating due to non-occupancy”, the report read.

“The structure of R Street building is in a dilapidated condition and currently standing on a suspension jack for which the mission is paying monthly rent,” the AGP stated. “The condition of the R Street building is worsening with each passing day and might collapse any time despite incurring a huge amount on its renovation,” he added.

Main causes attributed to the delay were non-fulfillment of codal formalities and non-obtainment of the required permission from concerned local authorities by the contractor and the mission, which resulted in time and cost overruns. “Slow progress on the part of contractor and poor monitoring by the mission were also among the causes of the delay and cost overruns,” it said.

The special audit was undertaken by the AGP during August 2017 for which a Joint Audit Team, with representation from AGP, Nespak and Ministry of Finance, was constituted.

The team found that maintenance of record was poor and fabricated files were produced, which did not fulfil the audit purposes, as relevant record was reported to have been taken away by the person(s), who were responsible for carrying out the work and making payments.

It also found that the dismantled materials, being the property of the government, were not recovered, and no analysis of rates was prepared to gauge the reasonability of rates paid to the contractor. Also, tendering process in line with the PPRA rules was not followed in one case.

In addition, works were executed without technical sanctions, it said, adding that the contractor was unduly favoured by granting extra advances than admissible under the rules and per square foot cost of the project was too high as compared to similar new construction cost.

The report says that the government had wanted to capitalise on the property value of the two estates but public money was wasted as the objectives envisaged with completion of the project were not met.

The two expensive buildings standing along several 19th and 20th century buildings have seen better times. The auditor said that the building on the Massachusetts Avenue – the four-storey mansion with a design that evokes classical French architecture – was built in 1908.

The report added that Pakistan acquired the residence in 1951 and used it as an embassy until 2004. Later, citing space constraints, the officials relocated to 3517 International Court, Northwest. The R Street property was used by Pakistan’s defence and military attaches and served as a field office until it was abandoned in 2006. The building has received little attention since.