The windshield of the aircraft was damaged in the bird strike, pilot managed to land safely 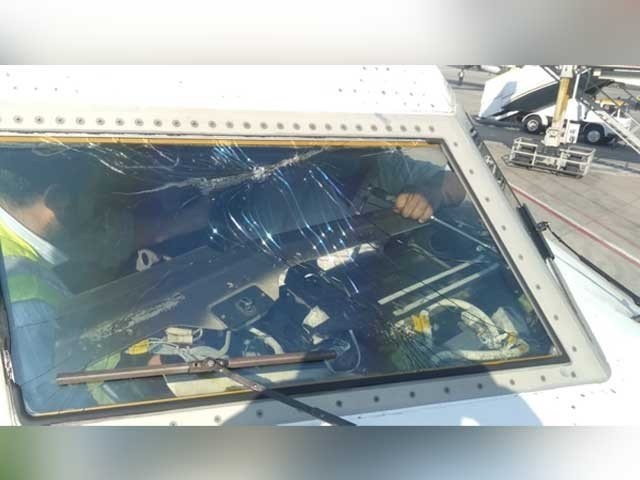 A plane of a private airline suffered a bird hit while landing at New Islamabad Airport on Thursday and narrowly escaped an accident.

The bird hit damaged the windshield of the cockpit. The plane was grounded by ground staff till repairs could be made and the next flight of the aircraft was cancelled.

Serene Air flight ER 500, was on approach to Islamabad from Karachi when the incident occurred. The pilot landed the plane safely after the bird strike.

Passengers, waiting for the next flight on the same aircraft, were sent back home after the flight's cancellation.

In May, a Pakistan International Airlines (PIA) aircraft, flying from Lahore to Karachi, crashed near the port city’s airport in the densely populated area of Model Colony.

PIA flight PK8303 had 99 passengers and eight crew members on board during the time of the incident. The crash caused significant damage in the residential area and reportedly destroyed four houses.

At least 80 passengers died and two survived in the incident.