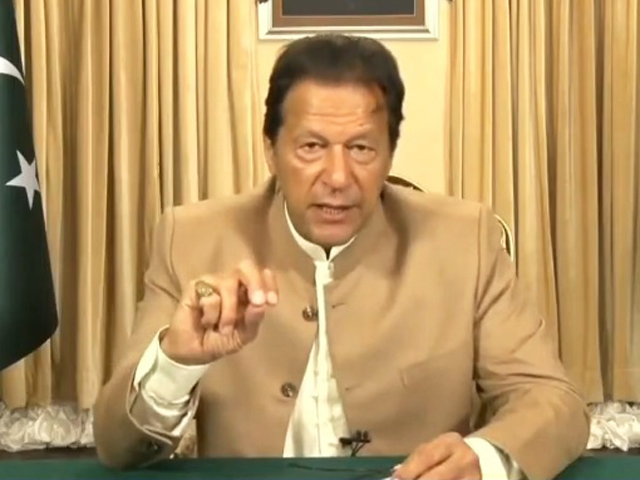 Prime Minister Imran Khan speaking at the Climate Ambition Summit to mark the fifth anniversary of the signing of the landmark Paris Agreement. SCREENGRAB

British High Commissioner to Pakistan Christian Turner on Sunday congratulated Pakistan for its global leadership on climate action under the leadership of Prime Minister Imran Khan.

In a series of tweets, he said that Pakistan is leading the way on climate action by announcing no new coal power projects. The country is contributing less than one per cent to global emissions but is the fifth most affected one, he added.

Turner further said that Pakistan and the UK are working together to tackle the threats of climate change.

Speaking via video-link at the Climate Ambition Summit 2020 to mark the fifth anniversary of the signing of the landmark Paris Agreement on Saturday, the premier had said that Pakistan had already scrapped two coal power-based projects which were supposed to produce 2,600 megawatts of energy and replaced them with hydroelectricity.

He said that his government has decided to have nature-based solution to mitigate the effects of climate change, adding that Pakistan has planned to plant 10 billion trees in the next three year.

"We've also increased the number of national parks and the protected areas from 30 to 45, at the same time we have decided to not have any power based on coal," he added.

PM Imran said that 60 per cent of all energy produced in Pakistan will be clean or renewable by 2030 while 30 per cent of all vehicles would be transferred to electricity as the country aims to limit its carbon emission.

Pakistan would be doing its best to make its contribution to mitigate the effects of climate change, he maintained.