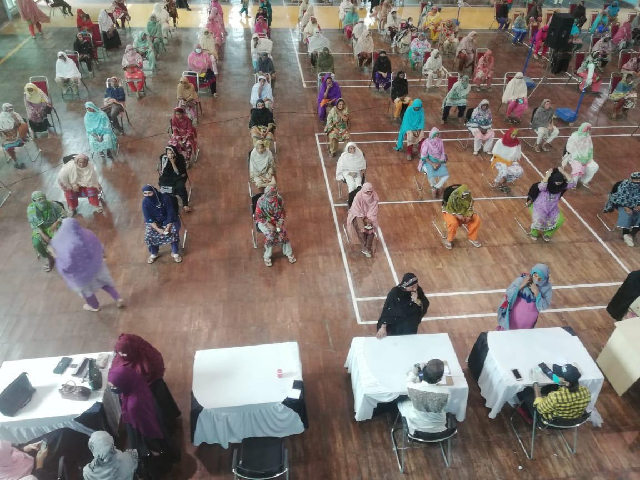 Pakistan's Ehsaas-initiative has laid the foundation to become a global model for reducing poverty, according to a report by a globally respected firm that works with governments across the world to achieve measurable developmental impact.

The report was unveiled at a news conference on Thursday with Special Assistant to the PM on Social Protection and Poverty Alleviation Dr Sania Nishtar and Federal Information and Broadcasting Minister Shibli Faraz in attendance.

Delivery Associates Founder and Chairman Sir Michael Barber, who penned the report titled, ‘The Ehsaas Program: Shift from politics of patronage to politics of performance’, participated in the new conference via video link from the UK.

"Our analysis shows that Ehsaas, by focusing on accountability and impact, has laid the foundations for becoming a globally leading exemplar on how to tackle poverty,” said Barber, who had served the UK government as chief adviser to the secretary of state for education on school standards and as head of the prime minister’s delivery unit.

“I have had the honour of working with successive Pakistani governments throughout my career, and it is fantastic to see Ehsaas embedded at the heart of the current administration", he added.

"The Ehsaas team, under the strong leadership and unwavering integrity of Prime Minister Imran Khan and Dr Sania Nishtar, made huge progress in delivering a multi-dimensional poverty alleviation program in just a year.”

The reforms and structural changes pioneered by the team resulted in the rapid delivery of Ehsaas Emergency Cash to 12 million households against the challenging and unprecedented backdrop of Covid-19.

“Their work is going to be vital in the coming months and years,” Barber said.

The report has reflected the four pillars of the multi-dimensional anti-poverty program-Ehsaas which include addressing elite capture and strengthening governance, safety net, human capital development and jobs and livelihoods.

The report has also mentioned the way PM Imran had shown his commitment to end poverty through giving full patronage to the Ehsaas programme which not only addresses symptoms of poverty but also its causes.

Barber noted that the removal of 800,000 people from the Benazir Income Support Programme beneficiaries’ list would ensure that the money went to deserving people also reflected the government commitment to ensure transparency.

Speaking on the occasion, Dr Sania Nishtar said the report would help in reflecting on the achievements of the Ehsaas programme in its first year, while paving the way for continued success.

“This analysis will help us in staying focused on our goal of ending poverty in Pakistan and improving delivery for all our beneficiaries, with the hope that Ehsaas can eventually be a model for the world", she added.

Shibli Faraz expressed his gratitude to Barber for issuing the report.

“Thank you very much Sir Michael Barber. You have been extremely kind and gave us your precious time to share with us your findings and guiding us,” he said.