Reports of heavy losses to Indian troops in men and material, says ISPR 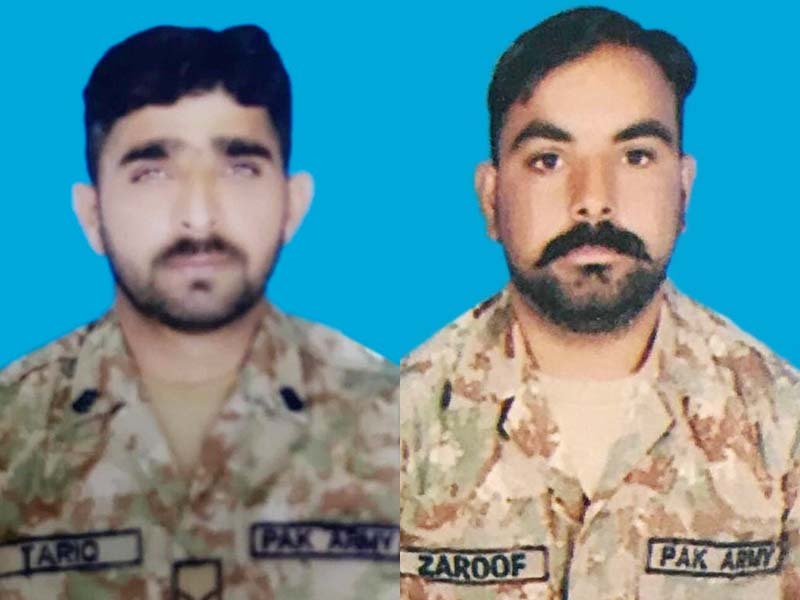 In yet another incident of unprovoked aggression, two Pakistan Army soldiers were martyred when Indian troops initiated ceasefire violations along the Line of Control (LoC), the Inter-Services Public Relations (ISPR) said on Wednesday.

According to the military's media wing, Lance Naik Tariq and Sepoy Zaroof, while fighting valiantly against the Indian aggression, were martyred in Khuiratta Sector.

This year, India has committed more than 2,000 ceasefire violations, resulting in martyrdoms and serious injuries to several innocent civilians and soldiers.

“The Pakistan Army always gives befitting response to Indian violation but being a professional army we only target their military posts.”