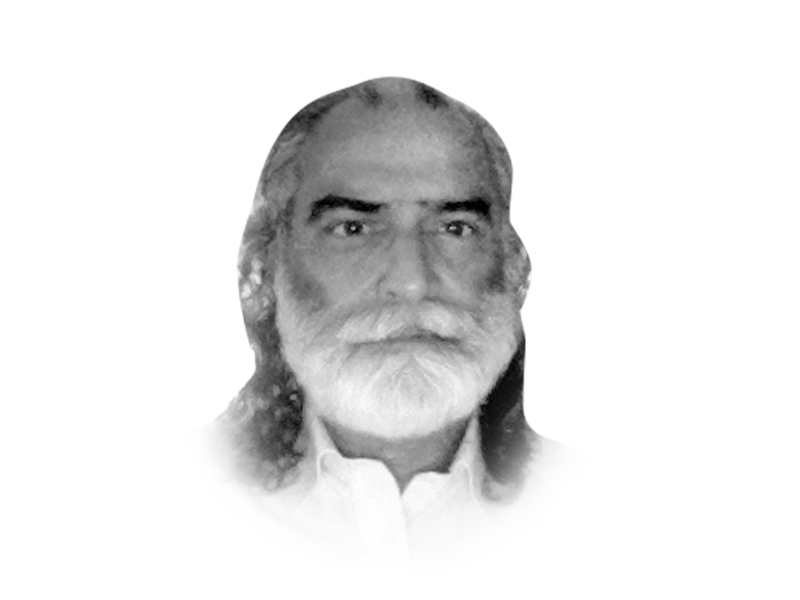 In the wake of recent Gilgit-Baltistan general elections, many television channels wanted me to comment on its fairness. I had to refuse as I was not involved in any form of observation. However, as the results started to surface and the losers cried foul, I was approached again. Now they wanted to know: why did the losers always reject election results and blame rigging for their defeat but are not willing to do any form of soul searching? This is an issue very close to my heart. Therefore, I agreed to participate in some talk shows. Since many anchors don’t allow their guests to elaborate their point of view in detail, one could only be short and precise. This article is therefore an attempt to elaborate my point of view.

At the outset I would like to state that politics is largely considered aggregated articulation of socio-economic contradictions. Leaders therefore very often are the creation of objective conditions. However, leaders must not be perceived just as objects. They are semi-autonomous actors in the context of intensity and scale of contradictions. A leader could enlarge space or lose it for his vision as this depends on his/her abilities e.g. to organise, lead, attract and influence society.

Therefore, instead of talking about political leaders, their political quarrels and statements, it is important to examine socio-economic dynamics that have been determining the attitude of our political class. For instance: Why could our post-independence leadership not agree to hold general elections for 23 years? Why would they always rig provincial elections blatantly and shamelessly, and why would they switch loyalties like quicksand? And above all, why would they inflict humiliation on their persons? Some historians have attempted to look into these questions from the civil-military or personality prism. Others looked into our elitist politics merely from a political angle. But there is very little analyses from the perspective of public policy or class.

We know that in the first 10 years of independence we were lucky enough to have eight prime ministers. Perhaps a world record. History repeats itself, not everywhere but definitely in our country. During 2002 and 2018, we again had eight prime ministers in 10 years. Do we have any serious analysis of this repetitive phenomenon? Of course not.

Going back to history, in the aftermath of the anti-Ayub movement, general election was held in 1970 — still considered the ‘only’ free and fair election. Yet the establishment refused to hand over power to the winner, launched military operation against the genuinely elected party — Awami League — paving the way to transform East Pakistan into Bangladesh. Sadly, through a bloodbath and national humiliation.

The civil-military establishment could not have dared to do that without the full support of Jamaat-i-Islami and the founding father of the Pakistan Peoples’ Party. That blow taught our establishment and its ever-changing cohorts this lesson — desired results could only be achieved only by advance planning, i.e. gerrymandering and rigging. In other words, it was a reverse journey from post to pre.

Why did we refuse to learn any lesson from that debacle? On the contrary Bhutto dismissed a duly elected government of Balochistan in 1973 and sent nearly 70,000 troops there, which triggered a prolonged insurgency. It caused the deaths of about 3,000 soldiers and 8,000 Baloch people. Resultantly, we had a weakened federation but a stronger centre, which ultimately paved the way to Bhutto’s own downfall. In short, all political parties who had won in the 1970 election in their respective areas finished each other with the help of generals. For instance, Baloch and Pakhtun nationalists in 1977-78, Bhutto from 1970-77, religious parties in 1970-71, 1977-88 and then 2002-08 collaborated with generals against their fellow politicians. Nawaz Sharif is a product of military rule. He was promoted, pampered and abandoned four times since 1980.

Almost all political leaders should have some shame and moral courage to apologise. Instead, they are shamelessly promoting their children to rule us. While I am writing this article, I watch with extreme disgust the political launch of poor Aseefa [Bhutto] Zardari in my City of Saints. A friend asked me an embarrassing question: is Pakistan a democracy or monarchy? I should have suggested to him to study Engels's book, The Origins of the Family, Private Property, and the State (1884). No wonder most propertied political leaders promoted their own children to lead their parties and those who amassed wealth through corrupt means would not hesitate to rig elections, to kill opponents and their followers or to reject election results even if they were held fairly and freely. And most likely the leaders who did not amass wealth during their reign nor had any property didn’t promote their children as heirs. Think of Jinnah, Gandhi, Nelson Mandela, Mao, Hu Chi Min, Lenin and Stalin, etc.

Consider this. Almost all elections, including the 1977 and the party-less elections of 1985, were rigged. Many leading political stalwarts of today are a product of that shameless game. As the list is very long and the space limited, I leave it to readers to guess. After the mid-air assassination of General Zia, between 1988 and 1999, PML-N and PPP along with their allied parties willingly danced to the tune of the establishment and did not allow the assemblies to complete their tenure. But there was an improvement. Average tenure of PMs improved from 1.25 years in 1947-58 to 2.5 years in 1988-99.

This dirty game not only further empowered the already powerful establishment but also eroded public trust in political class. But the politicians were least bothered about this damage. Because almost all were beneficiaries of the system. For instance, their MPs were part of the assemblies and the Senate. Moreover, since then PPP and PML-N have won tainted elections five times nationally and provincially. Smaller parties e.g. JUI-F, MQM, MMA, PkMAP, ANP, PML-Q, JI, etc too have been beneficiaries of pre-poll manipulation and rigging during this period. With each election, each of them enlarged its stakes and amassed more wealth.

Each time they ‘won’ they knew very well that it had happened only due to the full support of the establishment. Similarly, whenever they lost, they knew who was behind their defeat. In short, neither their victories nor defeats were genuine. They never told lies. They were always right about each other’s wrongs.

Like in the past the opposition parties are still part of the system. They have majority in the Senate. PPP is running the government in Sindh. Shehbaz Sharif is the leader of the opposition in NA while his son Hamza holds the same position in the Punjab Assembly. They control 20 of the 34 committees of the NA. Despite that, in the past, opposition parties were always coerced and their leaders jailed. In retaliation, they would hold protest rallies and conspired with the establishment to overthrow the incumbent. And succeed. All those years, there was an alliance between [opposition] civil and generals. What appears to have changed now is that unholy equation.