“As soon as troops cordoned off the area, terrorists opened fire to flee from the area,” the ISPR said. However, all terrorists were killed by the security forces, the ISPR maintained.

The military’s media wing added that 27-year-old soldier Sepoy Sadam, a resident of Karak district of Khyber-Pakhtunkhwa (K-P) was martyred while two other soldiers were injured.

On October 4, it was reported that at least two “hardcore” terrorists were killed while another was arrested in an IBO conducted by the security forces in Mir Ali town of North Waziristan.

On October 2, Pakistan Army killed two hardcore terrorists, including an improvised explosive device (IED) expert, in an area of North Waziristan, a tribal district of K-P.

“Security forces conducted an IBO on terrorist hideout in Boya, North Waziristan. Two hardcore terrorists, including an IED specialist, [were] killed while one terrorist was apprehended,” a statement issued by the ISPR said.

The ISPR said that the terrorists were involved in heinous crimes, including killing of innocent locals, extortion, planning and executing more than 25 terrorist attacks on security forces.

In September, the security forces smashed a high profile terrorist network, killing its ringleader and his four associates and arrested 10 others in an IBO in North Waziristan.

The ISPR stated that wanted terrorist Wasim Zakaria was the mastermind of 30 different acts of terrorism since 2019, including target killings, attacks on security forces and other government officials.

Security forces conducted an IBO in Mir Ali town where five militants, including Zakaria, were killed while 10 were arrested, the ISPR said. 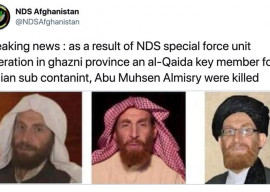 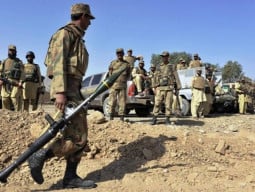