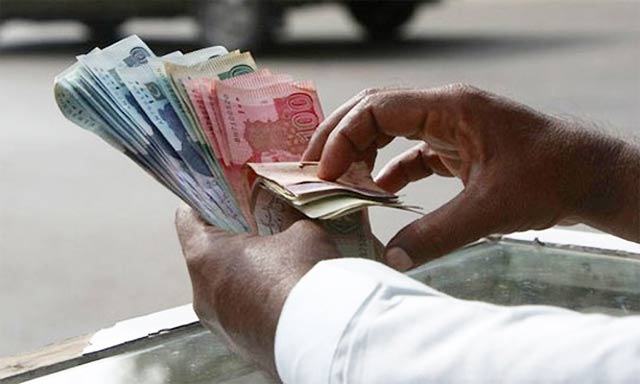 Exceeding market expectations, Pakistan’s current account balance - difference between government’s foreign income and expenditure - remained in surplus for the fourth straight month at a notable $382 million in October 2020 following receipt of higher workers’ remittances and drop in import of goods and services.

The current account surplus for the fourth successive month came after a gap of 15 years. It was the “highest positive spell since July 2005,” said Arif Habib Limited Head of Research Tahir Abbas in a commentary.

The surplus soared over fivefold to $382 million in October compared to $73 million in the same month of previous year, the State Bank of Pakistan (SBP) reported on Thursday.

The surplus grew 6.5fold compared to $59 million in the previous month of September. Cumulatively, in the first four months (July-October) of current fiscal year, a surplus of $1.16 billion was recorded compared to a deficit of $1.42 billion in the same period of last year. 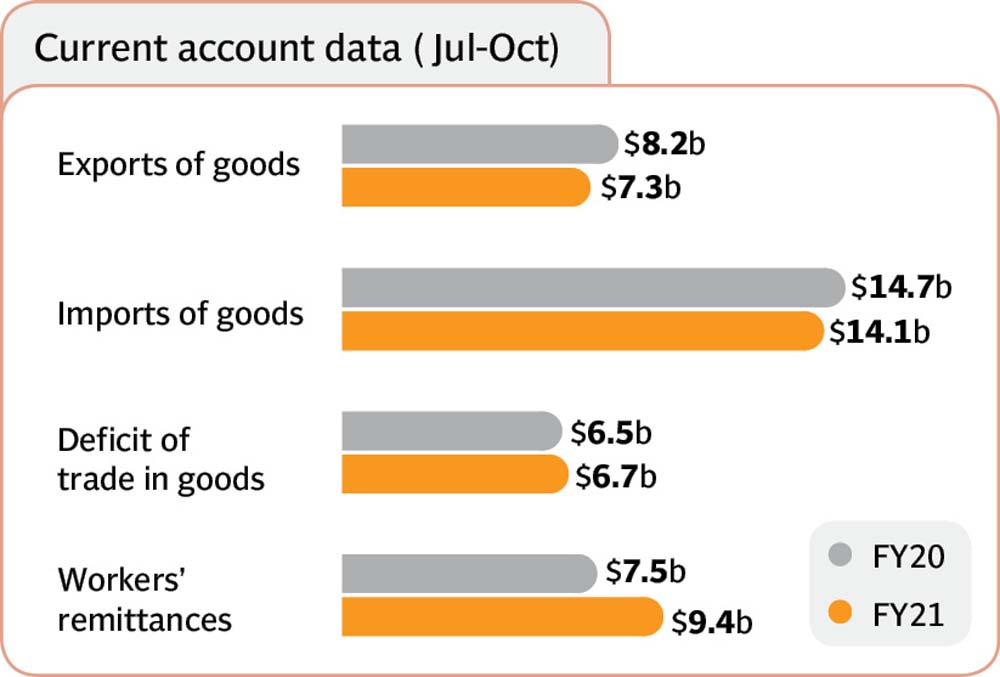 “The market was expecting a surplus following receipt of higher remittances in October, but the volume of surplus turned out to be larger than expected,” said Pak-Kuwait Investment Company Head of Research Samiullah Tariq while talking to The Express Tribune.

The receipt of higher workers’ remittances and a drop in the deficit of trade in services extended much-needed support to the current account balance in October, he said.

Import of goods and services fell to $3.46 billion and $643 million respectively in the month under review compared to $3.63 billion and $712 million in the same month of previous year.

Similarly, the export of goods and services dropped to $1.96 billion and $404 million respectively in October compared to $2.18 billion and $540 million in the corresponding month of previous year.

The overall deficit in the trade of goods, however, was comparatively higher in the first four months compared to the same period of last year. Imports and exports both remained almost unchanged.

He said the import of energy fell 25% in the four months. The amount saved in energy imports, however, was utilised to import cotton, wheat and sugar. As a result, overall imports remained stagnant.

Similarly, the overall exports remained flat in the four months as the crisis in cotton production resulted in lower export of cotton and yarn. It was offset by a notable growth in the value-added textile export including knitwear, bed linen and readymade garments, he said.

“Going forward, the remittances are expected to remain steady and import of goods and services may increase. However, exports may continue to remain stagnant,” he said.

“The current account surplus in the first four months … is expected to turn into a deficit of 1-1.5% of GDP (gross domestic product) for the full fiscal year amid likely surge in imports with the economy entering into the growth mode and manufacturing activities getting normalised around February-March 2021,” he said.

“Stagnant exports in the face of Covid-19 challenges should be taken positively as these could have fallen sharply with a significant number of foreign economies lying closed due to the lockdown. Exports may remain constant in the remaining eight months (November-June) of the year,” he said.

There are many who look at these numbers and get excited with the headline. If you want to understand how account surplus work, just look at the current account history of Iran... and if someone argues that Iran’s economy is doing really well, I hate it to break it to them, that it’s not. The real surplus with a sign of stronger and growing economy, is when you will see both the imports and exports increasing and exports outpacing imports. Unfortunately these surpluses are now made up of more support from overseas Pakistanis who can see their loved ones struggling in Pakistan.. Sigh!