Centre will provide Rs540 billion while the rest would be spent by the provincial government, says Asad Umar 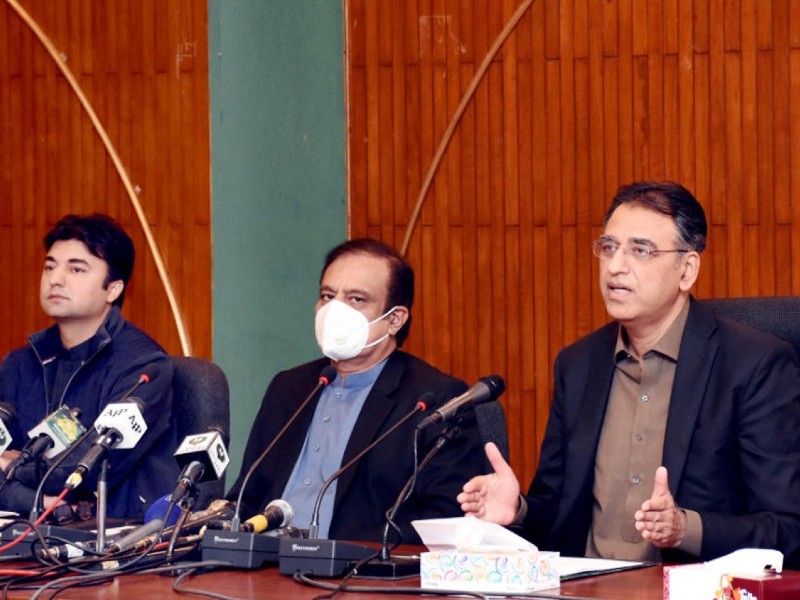 Minister for Planning, Development and Special Initiatives Asad Umar has announced that the government would spend Rs600 billion on development projects of nine districts of southern Balochistan during the next three years to improve the living standard of local people.

Out of the total, the federal government will provide Rs540 billion, while the rest would be spent by the Balochistan government.

Addressing a press briefing in Islamabad on Thursday along with Minister for Information and Broadcasting Shibli Faraz, Minister for Defence Production Zubaida Jalal and Minister for Communication Murad Saeed, Umar said the government would also engage the private sector in some development projects in the area.

The package, he added, was prepared under the special direction of Prime Minister Imran Khan who had a firm belief on raising the weak segment of society. “The country’s historic package has been prepared with an integrated strategy to ensure that people belonging to all segment of society should get benefit from this package.”

The planning minister hoped that after completion of this programme, the most impoverished area of the country would see prosperity and it would become a practical example of PM Imran’s vision of Naya Pakistan.

In the past, he said, the approach of allocating money for development projects was different and that was not integrated, however, now “we have embarked upon a new system under which all the sectors and ministries will be engaged collectively.”

For instance, Umar said, in southern Balochistan, agriculture was the most important source of income for locals for which, the people need water, for which dams would have to be built.

Similarly, the government would build 16 new dams which will irrigate about 150,000 acres of land, he added.

Umar maintained that in the health sector, 200 health centres would be up-graded. Similarly, he said, 35,000 young people of the area would be given the training to earn as a freelancer.

He informed that the area was suitable for olive and date cultivation so the government would establish an olive processing unit and three date processing units to make the local farmers able to add value to their produce.

Under Sehat Nashonuma programme, the minister said pregnant women and newborn babies would be provided with the required food so that the problem of stunting could be prevented. "Similarly, under this programme, billions of rupees would also be spent on road projects to connect the area with rest of the country."

Replying to a question, Umar said: “We have not only identified the development projects but we are going to establish an integrated governance structure which will ensure timely implantation of the projects.”

“After this we will look at northern Balochistan, interior Sindh and Gilgit-Baltistan (G-B) so that PM Imran Khan’s vision of providing equal opportunities to all segment of societies and areas in the country can be fulfilled,” he said.