Clearance operation in progress in the area, one soldier injured in the attack

Two soldiers embraced martyrdom on Thursday after coming under fire from terrorists in the Pash Ziarat area of South Waziristan, said a statement by the Inter-Services Public Relations (ISPR).

According to the military's media wing, terrorists attacked a security forces check post in the area and during the exchange of fire, Havaldar Matloob Alam and Sepoy Suleman Shaukat were martyred and another soldier was wounded. 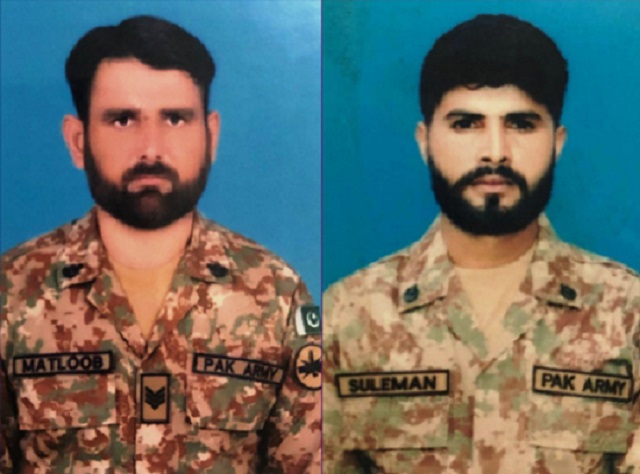 A clearance operation in the area is in progress, added ISPR.

The attack comes on a day when Prime Minister Imran Khan has reached Kabul for an official visit. Islamabad has repeatedly asked the Kabul government to curb the crossing of terrorists from the other side of the border into Pakistan. Border posts of security forces routinely come under attack from terrorists.

Earlier, an officer of Pakistan Army was martyred during an exchange of fire with terrorists in the district’s Shakai area. Captain Abdullah Zafar, a 25-year-old resident of Lachi, Kohat, embraced martyrdom when terrorists fired on his patrolling party. Captain Abdullah was leading the troops.