Pakistan Navy Fleet units have demonstrated their optimum standard of combat readiness through live weapon firing of anti-ship missiles in the North Arabian Sea in an impressive firepower display.

Chief of the Naval Staff (CNS) Admiral Muhammad Amjad Khan Niazi witnessed the event along with other senior naval officers, according to a spokesperson for Pakistan Navy.

The missiles launched from Pakistan Navy surface and aviation platforms (fix and rotary wing) successfully hit their targets, the spokesperson said in a statement. The successful firing has reaffirmed Pakistan Navy’s combat potential. 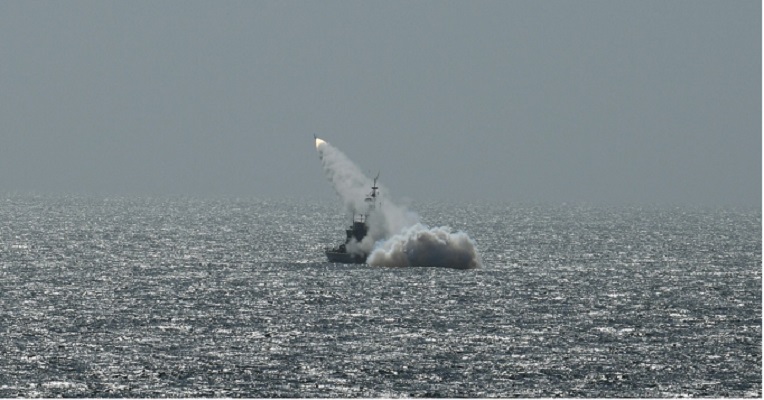 CNS Niazi expressed his satisfaction on the operational readiness of Pakistan Navy and its preparedness to defend the national maritime interests. He also commended the officers and men for their commitment and professionalism.

On the occasion, the naval chief reassured that Pakistan Navy was ready to thwart any aggression against Pakistan’s maritime frontiers and to make defence of the country impregnable. Pakistan Navy stands fully prepared to tackle threats across the entire spectrum of warfare.

This achievement really is a big step for Pakistan, especially the Navey.