A file photo of the Supreme Court of Pakistan. PHOTO: EXPRESS
ISLAMABAD:

The Supreme Court (SC) in a written order issued on Thursday directed accountability courts to hear cases on a day-to-day basis, without granting adjournments, and ensuring that all evidence in them was concluded expeditiously.

The written order was issued after a three-judge special bench, led by Chief Justice of Pakistan (CJP) Gulzar Ahmed, resumed the hearing of a suo motu case regarding a delay in the trial of corruption cases.

A day before, the apex court had also given a month to the federal government to take a decision for establishing 120 new accountability courts across the country for speedy disposal of pending graft cases.

Accountability courts were established under the National Accountability Ordinance (NAO) 1999 to adjudicate corruption references filed by NAB within 30 days. However, the bench had noted during its July 8 hearing, that some corruption cases had been pending for even 15 to 20 years.

“The Prosecutor General, NAB [National Accountability Bureau] will ensure availability of all witnesses, from the prosecution side, in all the References pending before the Accountability Courts and shall not seek any adjournment in this regard,” the written SC order stated.

If further directed NAB Chairman Justice (retd) Javed Iqbal to ensure that compliance of the court’s order was made in letter and spirit, and disciplinary action be taken against those found to not be performing their functions properly.

The hearing of the case was adjourned for one month.

During court’s October 21 proceedings, Additional Attorney General (AAG) Sohail Mahmood told the apex bench that, “Currently 24 accountability courts are fully operational across the country. The judges have been appointed to vacant positions and there are no vacant seats in the NAB courts now.”

He further prayed that Attorney General for Pakistan (AGP) Khalid Javed Khan was going to have an important meeting with the prime minister regarding the establishment of the courts that would hear cases filed by the NAB.

NAB prosecutor general told the bench that NAB Chairman Justice (retd) Iqbal had also submitted a reply with regard to speedy disposal of cases. He said a draft of amended NAB rules was pending with the Ministry of Law.

The CJP noted that NAB had said the same thing at the previous hearing. The CJP later also sought a report from the Ministry of Law about status of the draft rules of the top graft buster.

Govt has month to decide about new NAB courts 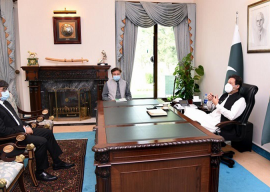 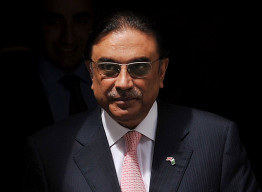