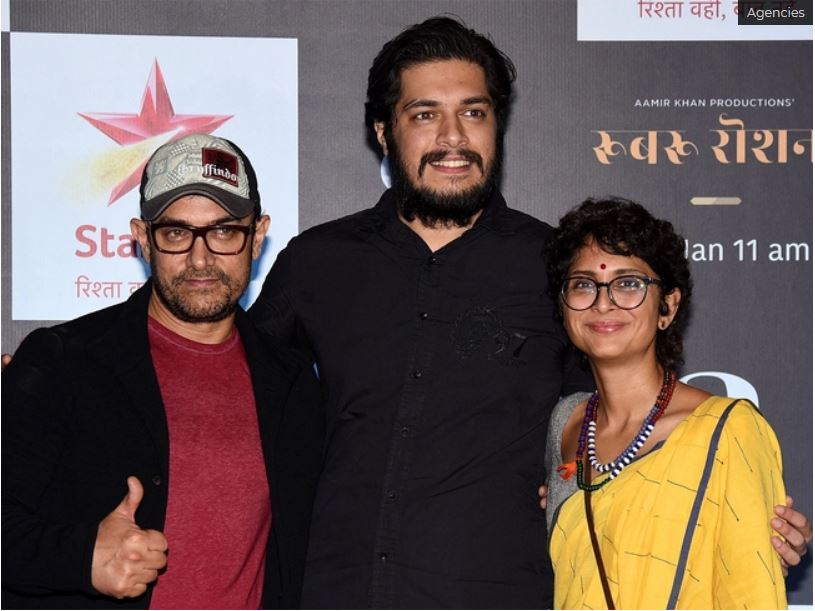 Bollywood superstar Aamir Khan’s eldest son, Junaid Khan is all set to make his Bollywood debut. And the emerging actor will reportedly star in the remake of Malayalam film Ishq, according to The Indian Express.

The 26-year-old is currently prepping for his role in the upcoming romantic thriller, which will be bankrolled by Neeraj Pandey.

Junaid, who did two years of training and theatre in American Academy of Dramatic Arts in LA, has been honing his acting skills through theatre, for over three years now. He made his theatre debut with the adaptation of Mother Courage and Her Children, which was helmed by Quasar Thakore Padamsee.

He was also a part of his sister Ira Khan's directorial debut Euripides' Medea. The play is an adaptation of a Greek tragedy.

Junaid is Aamir’s eldest child from his previous marriage to Reena Dutta. He has worked as an assistant director on Rajkumar Hirani’s PK, which featured the Bollywood superstar in the lead.

During an interview last year, upon being asked about Junaid's Bollywood debut, Aamir had said, "We are looking for something for Junaid. I’ve seen his work and I’m quite happy with it. When we will get the right kind of story… I believe in screen tests so he has to pass the test. If he does a good test, he’ll be in the film. If not, he won’t be."

The actor had also elaborated on his son’s inclination towards the creative world and filmmaking.

Junaid has also been a part of plays like A Farming Story, A Few Good Men, and Bone of Contention. But now, his work in Ishq, directed by Anuraj Manohar, will dictate his future prowess in field.