Pakistan sets five preconditions for resumption of talks with India

Pakistan on Tuesday set five pre-conditions for the resumption of “meaningful dialogue" with India to resolve all outstanding issues including the longstanding Indian Illegally Occupied Jammu and Kashmir (IIOJK) dispute.

In an interview to Indian journalist Karan Thapar, Special Assistant to Prime Minister (SAPM) on National Security Dr Moeed Yousaf said that Pakistan desired peaceful ties with India and wanted to resolve all issues through dialogue.

However, he asserted that for any meaningful dialogue to take place between the two neighbours, India has to release all political prisoners in Kashmir, end inhuman blockade and restrictions, rescind domicile law that allows non-Kashmiris to settle in the disputed territory, stop human rights abuses and end state terrorism in Pakistan.

On August 5, 2019, New Delhi had revoked Article 370 and 35-A of the Indian Constitution that gave Kashmir a special status. Pakistan condemned the move and termed it a violation of UN Security Council resolutions and bilateral agreements that sought to maintain status quo till the final settlement.

“Pakistan had evidence that the mastermind of December 2014 APS terrorist attack in Peshawar was in contact with RAW,” he said.

The SAPM added that India used its missions in one of the neighbouring countries of Pakistan to facilitate and sponsor terrorist attack at a five-star Hotel in Gwadar, Chinese Consulate in Karachi and the Pakistan Stock Exchange.

“India spent $1 million to ensure the merger of different TTP factions in Afghanistan,” he added.

Moeed added Prime Minister Imran Khan wanted a peaceful neighbourhood but India's expansionist and Hindutva policies were the main hurdles in the way of peace.

According to a statement issued by the foreign office, he reiterated Prime Minister Imran Khan’s stance that if India took one step forward, Pakistan would take two steps forward.

Dr Yusuf also emphasised that Kashmiris remain the principal party in the dispute according to Pakistan and their wishes and aspirations should be addressed in any dialogue.

Drawing a contrast between Pakistan and India, the PM’s aide said that the Pakistani government was dedicated to pursuing economic security and connectivity for the prosperity of Pakistan and the region, but policy makers in New Delhi remained blind sighted by Hindutva ideology. He said India had lost the neighbourhood because of the expansionist policies of the BJP government, while Pakistan was pursuing peace in its neighbourhood.

Responding to Indian allegations about terrorism, Dr Yusuf said that Pakistan had facilitated investigations in all cases pending in courts but India was delaying the investigations by not providing evidence in the case. He said not finding a resolution to terror cases helped India in its false narrative of terrorism. Dr Yusuf called out India for being unable to bring the perpetrators of the Samjhuta and Babri Masjid cases , Malegaon blast case and others to justice while it accused Pakistan of delays which spoke to double standards.

Taking an aggressive approach towards Indian sponsored terrorism in Pakistan, the SAPM revealed new details about millions of dollars in payments made to TTP leadership by RAW officer through Indian Embassy funds. He said Pakistan knew the names and ranks of officers in touch with terror leadership and would soon reveal Indian activities to the world through a detailed dossier based on lengthy investigations. He also revealed that India had financed anti-Pakistan terrorist groups and supported their merger with the TTP earlier this year.

Debunking latest propaganda by India on Gilgit-Baltistan and Kashmir issue, Dr Yusuf said Pakistan stood by UNSC resolutions as the way forward for resolving the dispute and fulfilling the aspirations of over eight million Kashmiris. He said Indian propaganda would not shake the principled stance of Pakistan on the Kashmir issue.

The SAPM said that Prime Minister Imran had directed his office to open space for the government in the region and find solutions to lingering problems, but his counterpart in India was pursuing an opposite direction.

He highlighted that Pakistan stands for peace and would welcome any dialogue with India if the lives of Kashmiris in IIOJK were normalised, Kashmiris were recognised as the rightful principal party in any dialogue, and India stopped sponsoring terrorism against Pakistan. He also pointed to Pakistan’s response on February 27, 2019 and warned that any misadventure from India would result in an equally swift response from Pakistan. 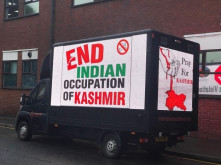 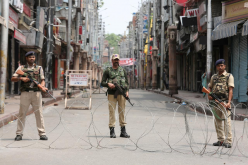