'Chhota Bheem' takes over Netflix as its most popular animated superhero

NEPRA approves Re0.83 per unit increase in power tariff

As the US, France and Russia were due to meet in Geneva to try to avert a wider war in the South Caucasus

Smoke rises as Azerbaijan's forces shell targets during the fighting over the breakaway region of Nagorno-Karabakh near the city of Terter, Azerbaijan October 7, 2020. PHOTO: REUTERS
BAKU/ YEREVAN:

Azerbaijan and ethnic Armenian forces fought new clashes in and around the Nagorno-Karabakh region on Thursday, before the United States, France and Russia were due to meet in Geneva to try to avert a wider war in the South Caucasus.

Azerbaijan said the city of Ganja had been shelled early on Thursday by Armenian forces and that one civilian had been killed in the Goranboy region. It said other villages were fired on by ethnic Armenian forces.

Azeri authorities have reported 30 civilian deaths since fighting broke out on Sept 27 over Nagorno-Karabakh, a mountain enclave which under international law belongs to Azerbaijan but is populated and governed by ethnic Armenians. 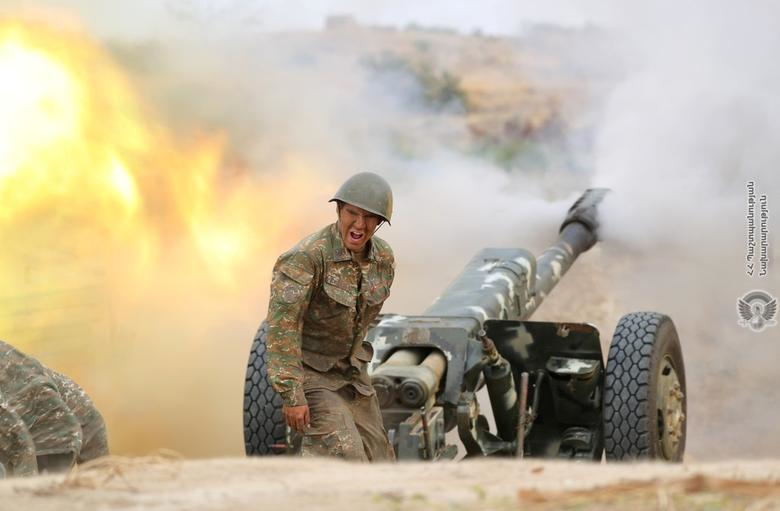 An ethnic Armenian soldier fires an artillery piece during fighting with Azerbaijan's forces in the breakaway region of Nagorno-Karabakh, September 29, 2020. PHOTO: REUTERS

Azerbaijan also says 143 civilians have been wounded but has not disclosed information about its military casualties.

Authorities in Nagorno-Karabakh said the tactical situation had not changed significantly overnight, with artillery and rocket fire reported in some areas and the main administrative centre, Stepanakert, hit by shelling. 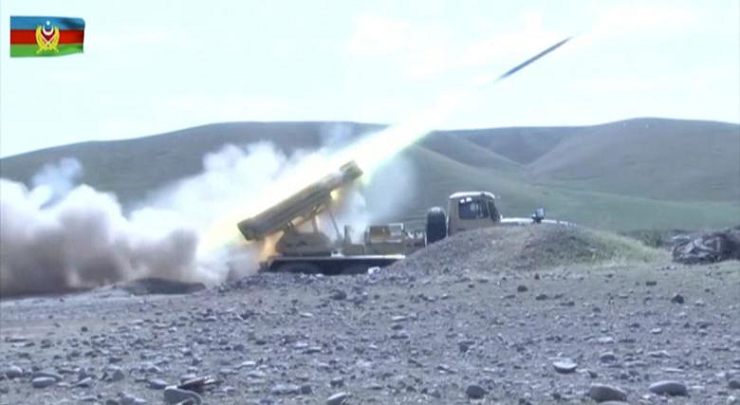 A multiple rocket launcher of the Azeri armed forces performing strikes during clashes over the breakaway region of Nagorno-Karabakh in an unknown location in Azerbaijan. Image released September 30. PHOTO: REUTERS

Nagorno-Karabakh, which broke away from Azerbaijan’s’ control as the Soviet Union collapsed, said on Wednesday its military death toll since Sept 27 was 320. It also says 19 civilians have been killed and many wounded.

France, the United States and Russia are co-chairs of the Organisation for Security and Co-operation in Europe’s (OSCE) Minsk Group that mediates over Nagorno-Karabakh. They hope to persuade the warring sides to agree a ceasefire after the deadliest fighting over Nagorno-Karabakh in more than 25 years.

French, US and Russian representatives are expected to meet the Armenian foreign minister in Moscow next Monday.

The fighting has raised international concern that Turkey, a close ally of Azerbaijan, and Russia, which has a defence pact with Armenia, could be sucked into the conflict.

The conflict is watched closely abroad partly because of Nagorno-Karabakh’s proximity to pipelines that carry Azeri oil and gas to international markets.

I’ll be more dangerous if ousted from power: PM Imran