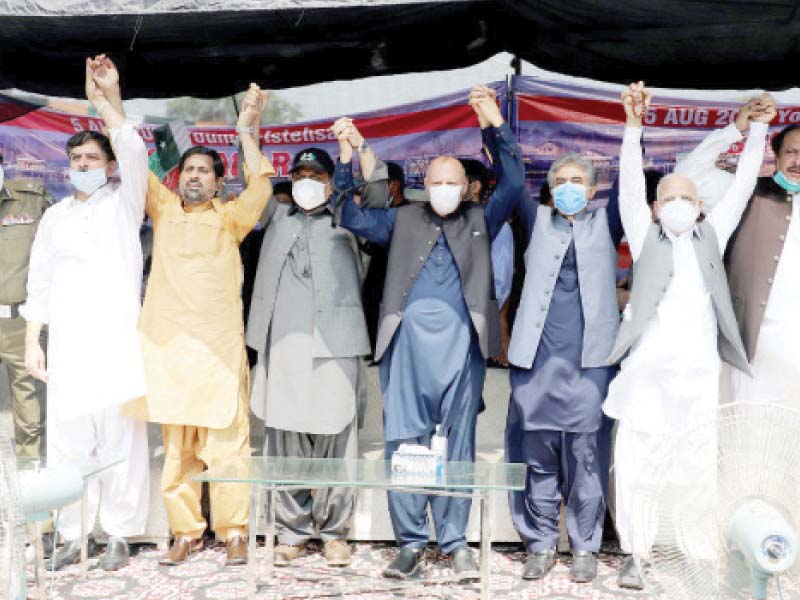 The provincial cabinet decided on Tuesday to abolish the local governments’ (LG) licensing fee for professionals.

In a meeting presided over by Chief Minister Sardar Usman Buzdar, the cabinet approved amendments to the Punjab Local Government Act 2019 for bringing changes in the licensing regime to ensure ease of doing business.

The provincial cabinet also approved the import of 300,000 tonnes of sugar through the Trading Corporation of Pakistan along with allowing the food department to enter into an agreement with the TCP for purchasing imported sugar.

Earlier, the government had waived property and professional taxes for three months from April to June this year. Punjab Minister for Excise, Taxation and Narcotics Control Hafiz Mumtaz Ahmed said the relief had been announced to facilitate the people and businesses facing economic challenges owing to the lockdown imposed in the province because of the coronavirus pandemic. He indicated that the relief would cost the government exchequer Rs3.3 billion.

An amendment to the Sugar Factories Control Act 1950 was approved to authorise the provimcial government to fix zone-wise dates for starting the crushing season.

The cabinet constituted a ministerial committee to submit recommendations within three days for fixing the sugarcane price.

It decided to remove Section 4 of the Punjab Privatisation Board Act 2010 so that divisional commissioners could supervise the process of auction of state land.

An amendment to the policy for granting proprietary rights in lease schemes for temporary farming was approved and the farmers can submit their applications in this regard by December 31.

The cabinet approved a proposal to declare smog as a calamity and include it in the Punjab Calamities Act 1958.

The meeting approved de-notification of the gazette notification dated March 16, 2016, about allotment of land to the South Punjab Forest Company. It decided to transfer the assets of the company.

Approval in principle was granted to ease the policies for the provision of state land for the Naya Pakistan Housing Programme along with the Punjab Housing and Town Planning Agency Affordable Housing Scheme Rules.

Meanwhile, the appointment of the managing director and chief operating officer of Punjab Safe City Authority Lahore was approved.

A proposed amendment to the Punjab Board of Technical Education Ordinance 1962 for promotion of students without exams was also approved during the meeting.

It also gave approval for amendments to the Act of Department of Tourist Services Punjab for transfer of six government guest and rest houses in Murree, Kotli Sattian and Chakwal. Approval of financial aid for the people affected by a suicide attack at Dhok Ghumman, Attock, was granted as well.

The Auditor General of Pakistan’s audit reports about Punjab government accounts for 2017-18, 2018-19 and 2019-20 were approved along with the annual performance reports of Punjab Curriculum and Textbook Board for the financial year 2018-19 and Punjab Daanish Schools and Centres of Excellence Authority for 2019-20.

The meeting decided to introduce the role of Infrastructure Development Authority Punjab as an executive agency.

It also approved extension in the lease of state land to Sultan Foundation in Toba Tek Singh, extension in the employment of MD Punjab Mineral Development Corporation Shahzad Rafi and the terms and conditions for the appointment of Rashid Aziz as Chairman Ravi Riverfront Urban Development Authority.