Undeterred by virus, Iraqi volunteers cater for thousands of Arbaeen pilgrims in Baghdad

“Fried chicken, fried fish, rice!” Mohammed al-Mohammedawi shouts to Shia pilgrims passing his roadside food tent in Baghdad on their way to the holy city of Kerbala on foot.

His tent is among hundreds in the Iraqi capital providing free food, shelter and even clothes to the thousands of pilgrims making the 90-kilometre journey to Kerbala, which will take them two to three days, for the annual Arbaeen pilgrimage. 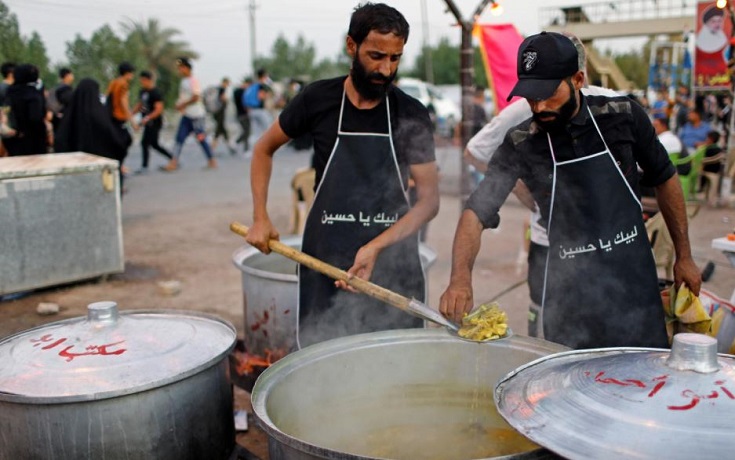 Local men founded a volunteer group ‘Ahbab al-Zahra’ to assist the pilgrims after the fall of Saddam Hussein in 2003, who had for decades banned the pilgrimage.

Arbaeen marks the end of a 40-day mourning period for the grandson of the Prophet Mohammad (PBUH), Imam Hussein, killed in battle in 680. The climax of the pilgrimage will be held on Thursday (October 8) in Kerbala.

Although their operation had been growing ever since 2003, this year is different, al-Mohammedawi said. 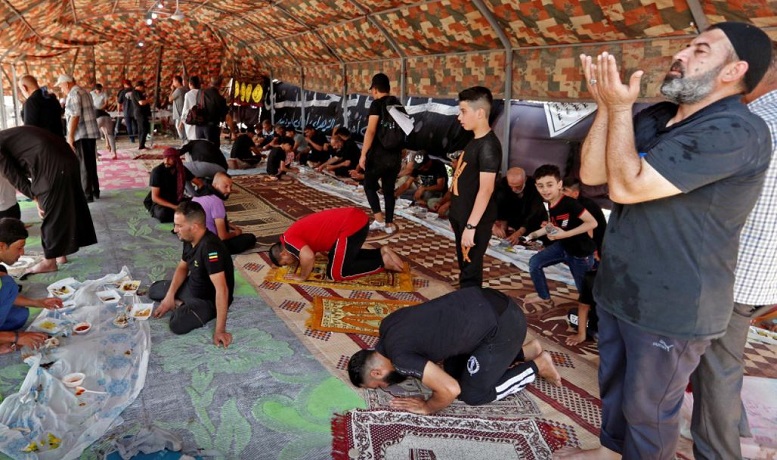 With the coronavirus continuing to spread in Iraq and with new cases averaging around 3000 to 5000 per day, the Iraqi government decided to limit the number of foreign pilgrims to 1,500 per country of origin.

Neighbouring Iran has banned flights to Iraq and closed land borders due to the pandemic. Last year, about 2 million Iranians had visited Iraq for Arbaeen. Al-Mohammedawi said he also noticed a decrease in Iraqi pilgrims this year.

But fear of the pandemic did not deter ‘Ahbab al-Zahra’s Sattar al-Souaidi from volunteering. Despite losing two of his brothers to Covid-19 HE is convinced he won’t catch the virus himself.

“The volunteers here serve people without wearing face masks, without using disinfectant, because our love and passion for (Imam) Hussein kills this illness,” he said.

Mohammed Yousef, a pilgrim from Kirkuk, was trying to respect protective measures by keeping his distance and wearing a face mask, but still stopped to mingle and enjoy the free food. 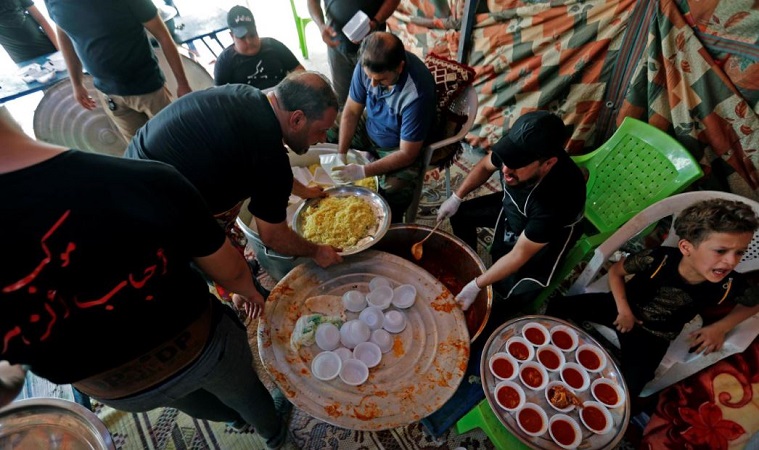 The head of Baghdad’s Operations command, Qais al-Mohammedawi, told Reuters a number of security force units were deployed to raise awareness among pilgrims about the dangers of the pandemic.