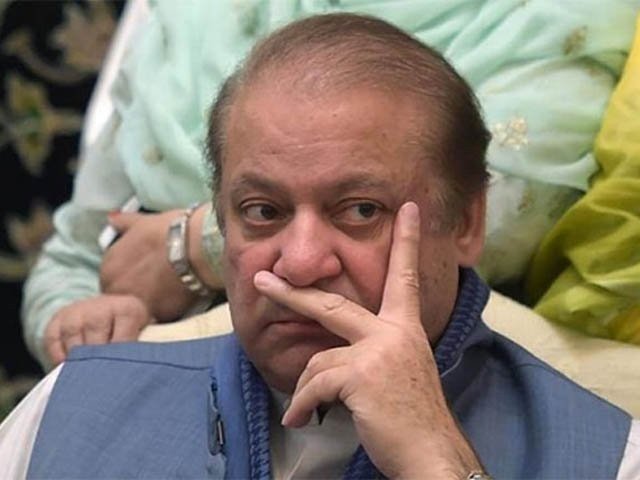 The Islamabad High Court on Thursday observed that it needed to be clarified whether or not it could continue hearing former premier Nawaz Sharif’s appeal in the Al-Azizia case after he was declared a proclaimed offender by another court.

Hearing Sharif’s appeal requesting the IHC to forgo the requirement of his surrender in the Al-Azizia case, a two-member bench, comprising Justice Aamir Farooq and Justice Mohsin Akhtar Kayani, noted that the effects of an accountability court’s decision in another case on the former prime minister’s plea had to be taken into consideration.

It also gave up time up till September 15 to Sharif’s lawyer Khawaja Harris to prepare his arguments and satisfy the court that his client was eligible for relief to prevent him from being declared an absconder. The bench said the proceedings to declare Sharif an absconder would continue.

National Accountability Bureau (NAB) prosecutor Jahanzeb Bharwana told the court that Sharif had been declared a proclaimed offender in the Toshakhana case by an accountability court on Wednesday.

He added that the IHC’s decision on Sharif’s appeal would affect other cases against the PML-N supreme leader being heard by accountability courts.

The prosecutor informed the court that there were prior judgments wherein it was held that an appeal filed by a proclaimed offender could not be heard.

Justice Farooq observed that in former military ruler Gen (retd) Pervez Musharraf's case, the court had declared that an absconder could not be heard before his surrender.

“Even the Supreme Court has rendered an absconder ineligible for relief in the Naseem-ur-Rehman case,” he added.

On Sharif’s appeal asking the IHC to forgo its September 1 order wherein it had directed the former premier to appear before it Thursday to avoid being declared an absconder, the bench noted that it was grating some time to his counsel to prepare his arguments. It clarified that Sharif was not being given an exemption,

While requesting the court to grant him time, Harris said he would withdraw the request for reviewing the request for surrender if someone could not assist him on the legal matter.

During the hearing, Justice Kayani asked Sharif's counsel to state, to the best of his knowledge, whether or not his client was admitted to a hospital.

Harris replied that the former premier was not being treated at any hospital.

“Nawaz Sharif is in the UK, and his doctor is in the US. Is he being treated verbally?” the judge asked. “It's a different matter if someone is admitted to a hospital.”

To the court’s query, the law officer said the government had not tried to find out about Sharif’s health after November last year as he was not admitted to a hospital.

Sharif’s lawyer said that it was clearly written in the undertaking that his client’s health would be reviewed through a representative of the high commission. Justice Farooq inquired to whether or not the federal government had made any efforts for this purpose.

Calling for arguments on legal points to be filed, the court adjourned the hearing till September 15.