Premier warns the world of serious implications if Pakistan, India were to break out in conflict over Kashmir 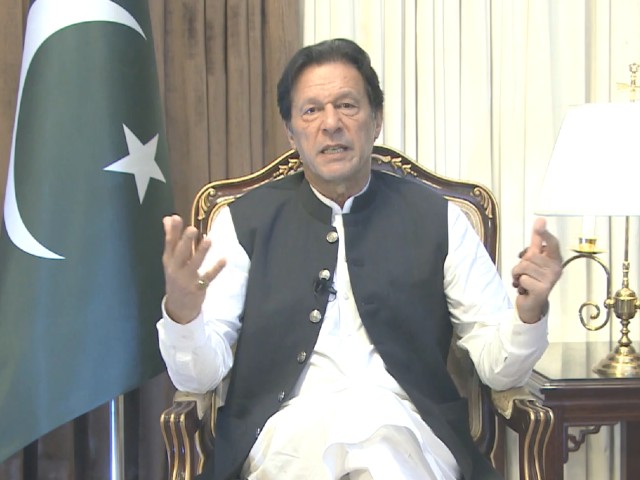 Prime Minister Imran Khan has said that the country's economic future is now linked to China and the bilateral relations between Islamabad and Beijing are 'better than ever before'.

In an interview with Qatar-based Al-Jazeera, the premier said China's growth rate is faster than any other country in the world, and Pakistan can benefit from the manner in which China has developed and has lifted its people out of poverty.

The interview, revolving around the theme of the incumbent government completing its two years in power, touched on topics related to international and national developments and Pakistan's stance on the region's geopolitics.

"Those who were watching you two years ago still remember the promises you made about clamping down on corruption, mismanagement, unemployment, providing job opportunities, housing. For many people, you haven't so far delivered on those promises. Why?" the interviewer asked.

"Reforming the economy overnight is impossible, Pakistan has moved in the right direction over the last two years," said the prime minister in reply.

"Think about any economy in the world that faces similar problems that Pakistan has faced. Huge deficits, both external and internal. The power sector is in serious trouble. No country can snap its fingers and have reforms take place. Its a struggle. Reforming the economy is not an overnight thing. It takes time. You have to change the way the government works. In my opinion, in these two years, Pakistan has moved in the right direction."

Giving an example of his government, the premier said the country "has not seen any major corruption scandal because it has been controlled at the top". The prime minister reiterated that the fight against corruption will continue.

"The reason it is hard to clamp down on corruption is that the people who come into power, use their power to make money and are not held accountable. For the first time, people are being held accountable."

"I honestly think it is the most harmonious relationship, we have complete coordination, we work together and the military completely stands with all the democratic government's policies."

"Unlike Europe and China, Pakistan implemented the smart lockdown strategy in hotspot areas of the country." He further maintained that a prolonged lockdown in the country would have led to starvation and deaths among the poorest segment of the society.

Prime Minister Imran said Pakistan is a country of tremendous potential. He said policies are being aimed at raising people out of poverty. "Our main concentration is giving the poor access to justice, education and a healthcare system."

Responding to another question regarding Afghanistan and the United States, the premier asked, "Why can't we have good relations with everyone? Why do we have to choose? We have a good relationship with the US because we are both partners of peace in Afghanistan."

When asked if he would welcome a power sharing agreement between the Afghanistan government and the Taliban, the premier stated that "whatever the Afghans think is good for them, is good for us [Pakistan]."

"For anyone to believe in this utopia that they will get together and there will be peace, I'm afraid it's a very complicated situation," Imran said, adding that the country has been at war for the past 19 years and wounds will take time to heal as thousands have died.

He further said that it was his belief always that the solution to the Afghan issue will be political.

"This is the nearest we've gotten to peace in Afghanistan."

"Whatever influence we could use [we have], I honestly think we've tried our best." He said it is a "miracle" that the two warring sides are now sitting on the same table.

"We realise that there are spoilers. There is certainly one country, India, that does not want it [peace] to happen," said the prime minister.

When asked if India was trying to push realignment in Afghanistan, the prime minister said: "If you were Pakistan, you have a neighbour seven times bigger than you, and then it starts meddling in the affairs of a government with which it shares no physical boundary with, while Pakistan has a huge boundary with Afghanistan and our relations are centuries old, unfortunately, our security forces and apparatus gets worried."

He also said Pakistan is the one country which has the highest stake in regards to peace in Afghanistan, as, after Kabul, Islamabad is most affected by the situation.

When asked if he is hopeful that Pakistan and India can sort out the Kashmir dispute, the premier reiterated that he has never been in favour of a military solution.

"The moment I became the prime minister, I extended a hand of friendship to India. But the tragedy of India is that it is being ruled by an extremist. It is an extremist government, it is a Hindu supremacist government inspired by the ideology of the Nazis."

The prime minister maintained that the reason the world is not responding to the human rights violation in Indian Illegally Occupied Jammu and Kashmir (IIOJ&K) is because countries are worried about their commerical interests.

"We have knocked on all doors and we will keep doing so. I have spoken at the United Nations and to heads of states. This is an extreme injustice, not just for the people of Kashmir, if this escalates and breaks out into a conflict between Pakistan and India, this has implications for the rest of the world."

The premier further said that the Kingdom of Saudi Arabia will "always be a friend of Pakistan".

Senate to convene tomorrow with single point agenda on Kashmir 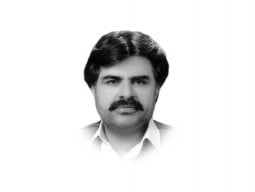 Kashmir — where our heart is 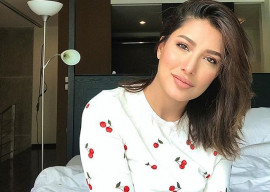 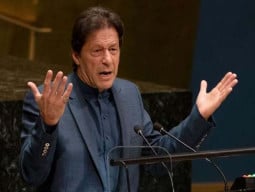 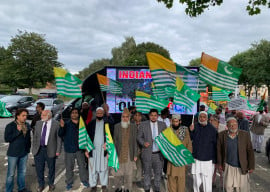