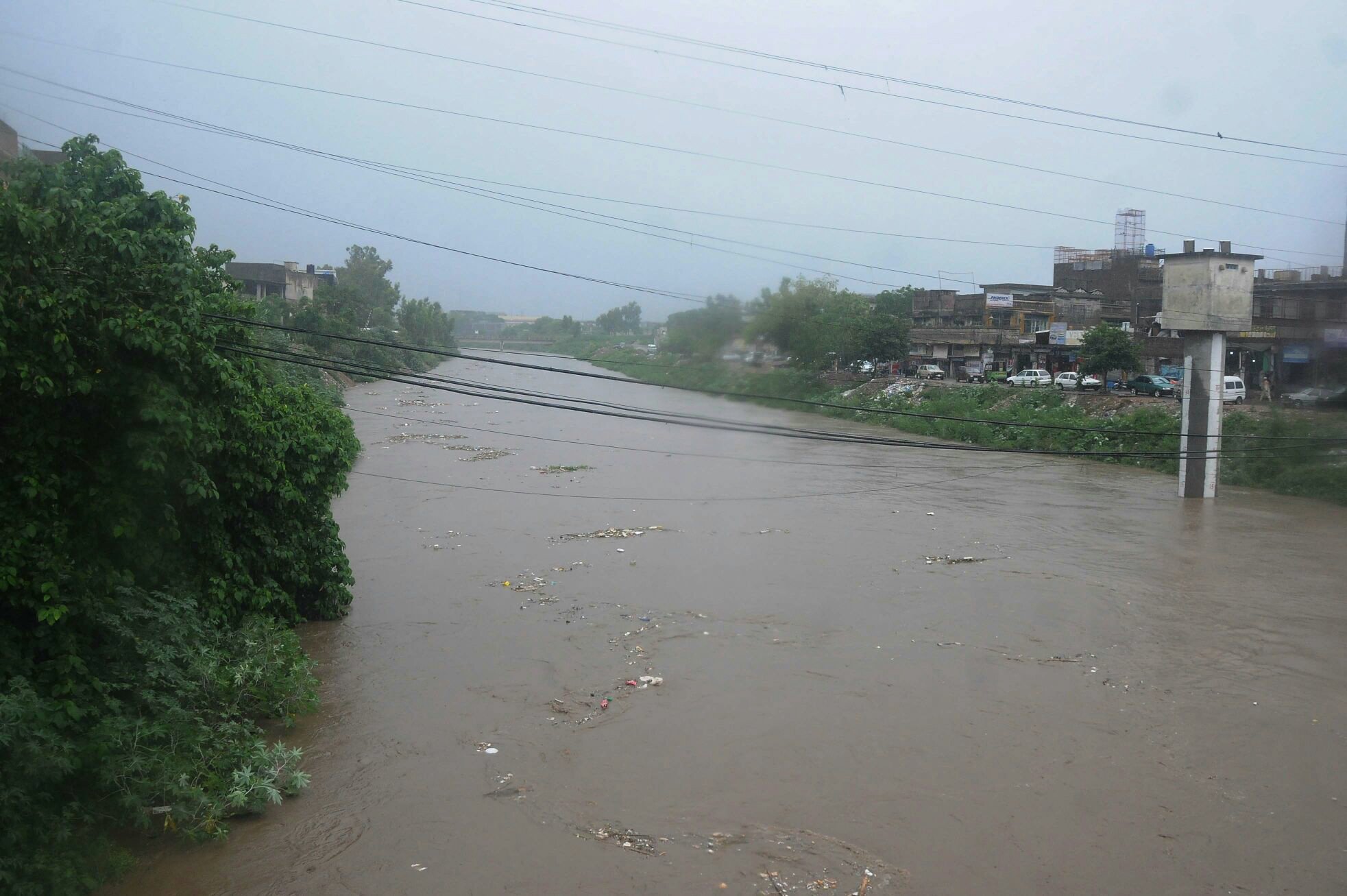 The Islamabad Capital Territory Administration (ICTA) issued an advisory to all the relevant departments to avoid any eventuality during the expected flood.

Besides warning people in vulnerable areas, ICTA has also set up flood relief camps in government schools. The Islamabad Metropolitan Corporation (IMC) has geared up flood preparedness in view of incessant rain and rising levels of seasonal streams.

"Heavy rains are expected in the upcoming days and all the hospitals in the federal capital are requested to be ready for any untoward situation,” said a notification issued by Islamabad Deputy Commissioner (DC), Hamza Shafqaat.

The secretaries of the UCs along with other related officials have been directed to remain available round the clock to combat any emergency.

Areas including Ghauri Town Phase-V, Sean Garden, few houses with basements in Sector I-8 and Sector I-9, Ghumrah Kass, low lying areas of Korang, and slums in various sectors have also been issued a red alert.

"In view of the past experience and previous flood history of the district, constant vigilance is required to combat the flood emergency in the rainy season particularly along the banks of rivers Soan and Korang," read the notification.

All Assistant Commissioners (ACs) have been instructed to personally visit the areas falling in their respective divisions and identify low altitude areas including slums and residence along nullahs.

It further stated, “The relevant directorates of Capital Development Authority (CDA) and Islamabad Metropolitan Corporation (IMC) shall carry out necessary arrangements to cope with the situation arisen in case of accumulated water”. Pakistan Metrological Department (PMD) shall inform in advance regarding flood, it added.

The Sub Divisional Officers of Rawal and Simli Dams have been instructed to remain in close coordination with Secretariat Assistant Commissioner and give updates regarding variation in water level. A Control Room has also been established at DC Office, ICTA Complex which will monitor the flood situation.

IMC Mayor Sheikh Anser Aziz said that all offices under the corporation have been alerted too. He added that the holidays of the staff have been suspended and they have directed to remain present in the offices round the clock in shifts. Mayor said that the measure would ensure dealing with the emergency swiftly in areas under IMC.

Nullah Leh was flowing in a full flood while the other 10 streams passing through the twin cities were also filled to the edge following intermittent rain that was going on since the last week.

However, due to pre-emptive measures taken by the administration, like dredging and cleaning, none of the streams overflowed.

Meanwhile, the two-day long wet spell left many roads and homes in low-lying areas submerged in Rawalpindi on Tuesday.

The ongoing rainfall for the past couple of days caused the opening of the spillways of Rawal and Simli dams. The train schedule was disturbed due to inundated tracks and bad weather conditions.

Heavy showers caused the rainwater to flow inside the houses and shops in both areas. The locals of the area migrated to safer spots while some of them climbed up the trees for safety. Over 50 shopkeepers in the areas reported damage of millions of rupees.

Meanwhile, the bridge in Chaki Rang Pur broke down owing to which the connection of the area with the rest of the city was cut off. Around 250 households were affected by this.