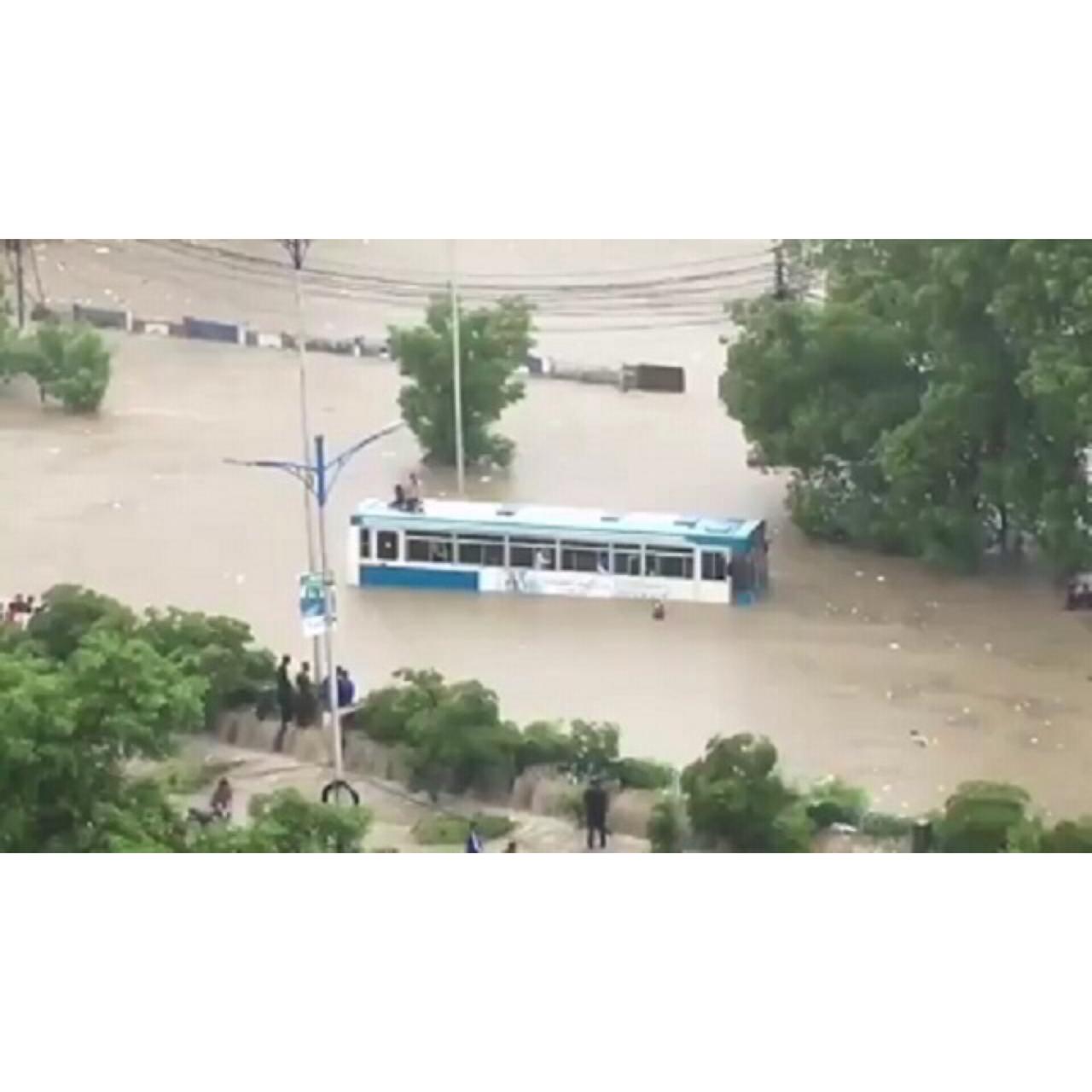 As heavy rains battered Karachi yet again on Thursday, a bus carrying staff members of the Dow University of Medical Sciences (DUHS) got stuck in what could be seen as neck-deep rainwater at Nursery, Sharea Faisal.

The staffers were said to have been rescued, but efforts to get the bus off the road were underway at the time this story was filed.

According to this scribe, the DUHS' staff members could be heard screaming for help from inside the bus before they were rescued.

The DUHS authorities insisted ignorance when initially contacted about the incident. However, they said they will be confirming details of the incident and issuing a statement shortly.

The varsity later issued a statement confirming the incident, and stated that efforts were underway to have the staff members rescued.

A new spell of rain again wreaked havoc in the city of Karachi on Thursday as most areas reported light to heavy showers starting in the wee hours of the day.

As a result of the rainfall, many major arteries of the city witnessed severe traffic jams and commuters were stranded. Power outages were also reported in many areas.

The city was still recovering from record rainfall on Tuesday. The rainfall on August 25 broke the record for the highest amount of rain during the month of August since 1931.