Kangana compares SSR, Sara’s alleged affair to her past relationship 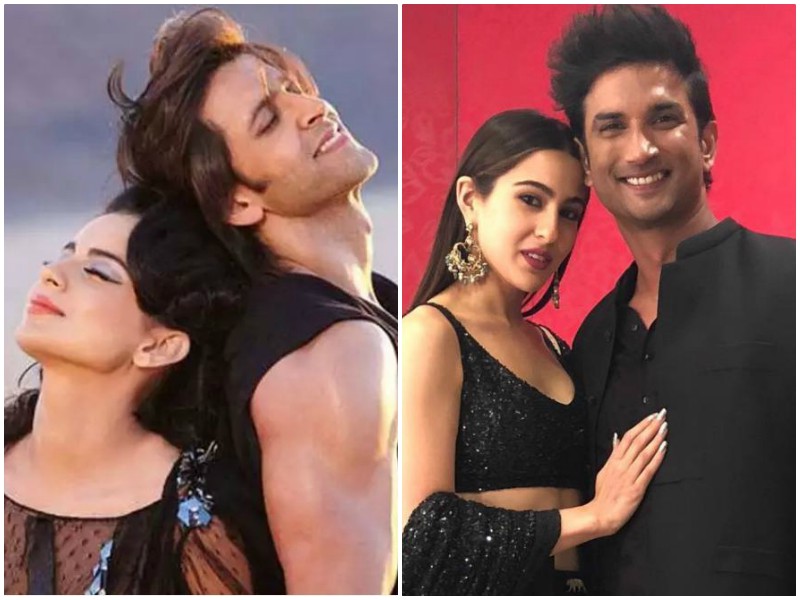 Samuel Haokip, a friend of late actor Sushant Singh Rajput took to Instagram on Thursday to allege that aside from having a terrific onscreen chemistry in Kedarnath, Bollywood actor Sara Ali Khan and Rajput were in love off-screen as well. He said that the two were inseparable during shoot.

However, he claimed that Khan broke up with Rajput following the box office debacle of his 2019 release Sonchiriya. “I remember the time during Kedarnath promotions. Sushant and Sara were totally in love and they were inseparable. They both had tremendous respect for each other which was so rare to see nowadays in relationships,” said Haokip.

“Sara along with Sushant had genuine respect for everyone in Sushant's family. Be it family, friends and even staff. I wonder whether Sara's decision to break up with Sushant right after Sonchiriya's box office performance was due to any pressure by the Bollywood mafia,” he concluded.

Following Rajput's untimely death, Khan took to Instagram and shared a photo from the sets of Kedarnath to remember the actor. And when Dil Bechara released, she posted a photo of Rajput with her father actor Saif Ali Khan and wrote, "The only two gentlemen that have spoken to me about Sartre, Van Gogh, telescopes and constellations, guitars, the Northern Lights, cricket, Pink Floyd, Nusrat Saab and acting techniques. This is to the last thing you two have in common #DilBechara."

Thereafter, actor Kangana Ranaut – who has been continuously tweeting about this ‘Bollywood mafia’ since Rajput’s demise – addressed the alleged relationship that Khan and Rajput shared and compared it to her own affair with Hrithik Roshan.

Taking to Twitter, Ranaut lashed out at ‘Nepotism kids’ for showing dreams to ‘vulnerable outsiders’ and dumping them publicly. “News of SSR and Sara’s affair was all over the media – apparently they were even sharing a room during their outdoor (shoot). Why these fancy Nepotism kids show dreams to vulnerable outsiders and then publicly dump them? No wonder he fell for a vulture post.”

News of SSR and Sara affair was all over the media, apparently they were even sharing a room during their outdoor, why these fancy Nepotism kids show dreams to vulnerable outsiders and then publicly dump them?No wonder he fell for a vulture post that. https://t.co/A4er01wZ6p

She then added “I believe Sara must’ve loved him he wasn’t a fool to fall for a girl whose affection isn’t genuine but she must’ve been under pressure. What I shared with Hrithik was genuine at that point; I still have no doubts about it. But why he suddenly became so hostile is still a mystery to me.”

Rajput’s family lawyer, Vikas Singh, on the other hand told Pinkvilla that Ranaut’s statements are 'unimportant' to his death case. "She's trying to further her own agenda and attack people she has a personal issue with to settle her own scores. She seems to be on her own trip,” he said.

“The family's FIR has nothing to do with her claims at all." But he admitted that there are certain points which Ranaut made that were relevant, too. He accepted that there was nepotism in the industry and Rajput must’ve have faced discrimination. But claimed that couldn’t have been the only reason he died. “Those can still be contributory factors, but the main case is on how Rhea and her gang tried to completely exploit and finish Sushant,” he concluded.