OPINION The tale of two woes

OPINION Covid-19: life of a doctor during a pandemic

Pakistan pays back $1b Saudi loan 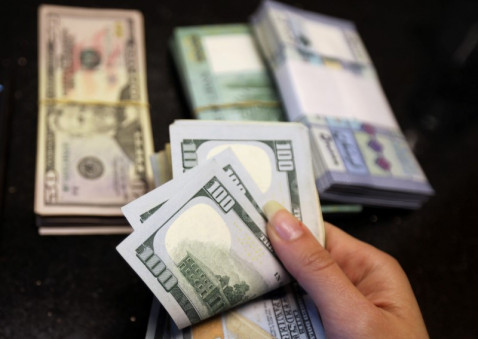 Pakistan has paid back Saudi Arabia $1 billion out of a $3 billion loan that it secured one and a half year ago to avoid default on international debt obligations after the kingdom decided to reduce its financial support, highly placed sources said.

Pakistan's time-tested friend, China, has immediately come forward and extended $1 billion in loan to help Islamabad avoid any adverse impact of the partial withdrawal of the Saudi lifeline, sources in the Ministry of Finance and the State Bank of Pakistan (SBP) told The Express Tribune on Wednesday.

Officially, the Ministry of Finance declined to comment while the response of SBP chief spokesman was also awaited till the filing of the story.

In October 2018, Saudi Arabia had agreed to provide $6.2 billion worth of financial package to Pakistan for three years. This included $3 billion in cash assistance and $3.2 billion worth of annual oil and gas supply on deferred payments. The Saudi oil facility was already running into trouble.

As per the agreement, the Saudi cash and oil facility was for one year with an option to roll over the amount at the end of the year for a period of three years. Pakistan was paying 3.2% interest on the $3-billion facility, according to the information that the Ministry of Finance shared with the National Assembly.

In its report in April this year, the International Monetary Fund (IMF) stated that "Saudi Arabia also refinanced $3-billion BOP (balance of payments) support loans that matured in November (2019)-January (2020)."

However, the repayment of $1-billion loan within six months of its renewal was surprising.

The same IMF report also stated, "Bilateral creditors have maintained their exposure in line with debt sustainability objectives of the IMF programme."

China maintained its exposure by renewing $2 billion worth of bilateral deposits in March this year while the United Arab Emirates (UAE) also rolled over $1-billion BOP support loans in March, according to the IMF's Rapid Financing Instrument (RFI) loan approval report.

The IMF attaches importance to rollover of all the $14.5 billion worth of debt for Pakistan's debt sustainability that the Pakistan Tehreek-e-Insaf (PTI) government had secured after coming to power to avoid default on international debt payments.

"Debt sustainability is supported by the agreed rollover of maturing obligations by key bilateral creditors (China, Saudi Arabia and the UAE), as demonstrated by the established track record over the past nine months," according to the IMF's April report.

Sources in the Ministry of Finance said that these countries had also independently assured the IMF that they would not withdraw their financial support to Pakistan.

The IMF is of the view that the rollover of these loans is also critical to reduce gross financing needs to 19.5% of GDP by fiscal year 2025.

In his column "Zero Point", The Express News anchorperson, Javed Chaudhry, also wrote that at a time when Pakistan was changing its political map, the brother Islamic country, Saudi Arabia, withdrew its financial support from Pakistan. Chaudhry highlighted the lack of cooperation from Muslim countries in his article.

Pakistan could also utilise $770 million worth of Saudi oil and gas credit facility on deferred payments in the last fiscal year against the sanctioned annual limit of $3.2 billion. The spokesman of the Petroleum Division, Sajid Qazi, said that the slump in crude oil prices coupled with low demand impacted the facility, hoping that the figures will improve once things return to normalcy.

Prime Minister Imran Khan had twice flown to Saudi Arabia to secure the deal - a journey his close aide Raza Dawood had once described as "awful".

The UAE and Saudi Arabian oil credit facilities were part of the $14.5-billion package agreed with three friendly countries, including China.

The PTI government took over $13 billion in foreign loans in the previous fiscal year - the second highest amount in history - to repay maturing external debt and cushion the shrinking foreign exchange reserves. Since coming into power, the PTI government received $26.2 billion loan and out of that $19.2 billion was used to repay the maturing external debt and the remaining balance was added to the external public and publicly guaranteed debt.