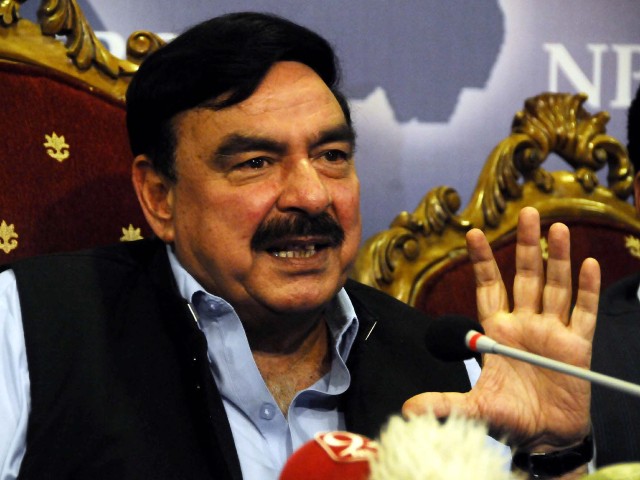 Federal Minister for Railways Sheikh Rashid Ahmed on Saturday said the opposition parties were not in a position to launch any anti-government movement and all such attempts were destined to fail.

“They were planning to launch protests after Eidul Azha, which would be a flop show as the Pakistan Tehreek-e-Insaf (PTI) government would complete its five years tenure under the leadership Prime Minister Imran Khan," he said while speaking to the media after offering Eid prayer at Liaquat Bagh in Rawalpindi.

The minister warned that a strict action would be taken against those who would create law and order situation in the name of protest. He said those who had looted national wealth desire changes in the National Accountability Bureau (NAB) laws.

"The incumbent government is trying to eliminate corruption, poverty and unemployment by reforming the system, which would improve the living standard of the people," he added.

Commenting on flour and sugar crises, the minister said subsidy should be given to the people on the two commodities.

The minister said Pakistan’s economy was passing through a rough patch like all other countries including the United States, which had also been badly affected by the coronavirus pandemic.