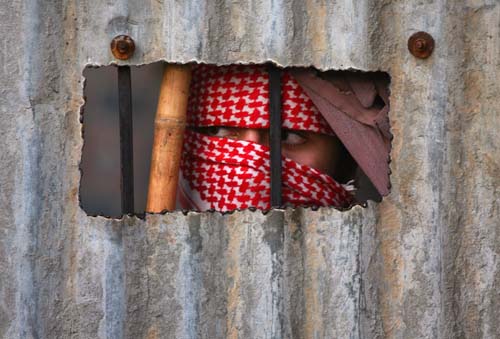 At least five terrorists of the Balochistan Republican Army (BRA) were killed during an intelligence based operation jointly conducted by the Inter-Services Intelligence and Punjab’s Counter-Terrorism Department (CTD) in an area of Rajanpur district on Friday.

According to a CTD spokesperson, a major terrorism bid was foiled when security forces acted on a tip-off about the hideout of eight BRA terrorists near Arbi Tibba Road, within the limits of Rojhan police station, Rajanpur district.

He added, “The raiding party took precautionary measures and a shootout ensued. When the firing stopped, five terrorists were found dead by the firing of their own accomplices.”

However, three terrorists managed to escape on motorcycles under the cover of darkness, said the CTD spokesperson, adding that a search was ongoing for their arrests.

The bomb disposal squad (BDS) was called in to analyse an improvised explosive device (IED), 4kg explosive material, 50ft of primacord (detonating cord) and four detonators that were found at the site along with a large cache of arms and ammunition, including three submachine guns and two 30 calibre pistols.

The CTD spokesperson said that the terrorists had planned to attack government installations and law enforcement agencies (LEAs).

According to initial investigation, these terrorists had been involved in the November 10, 2019 attack on LEAs. Five security officials were martyred in the attack.

“Bodies of the terrorists have been shifted to the district hospital where the process of their identification is under way and other formalities are being completed,” the CTD added.

On July 25, security forces successfully conducted an IBO on a militants’ hideout near Turbat, the Inter-Services Public Relations (ISPR) said in a statement.

The military's media wing said that a key terrorist of the proscribed organisation, Balochistan Liberation Army (BLA), was killed during the operation in Kech District’s Buleda valley.

A large cache of arms and ammunition, hand grenades, communication equipment and other material which was to be used in the making of an IED was recovered from the hideout.

The operation was carried out the same day a Pakistan Army soldier embraced martyrdom while three others sustained injuries in an ambush on their convoy in the same area.

“During the exchange of fire, Lance Naik Javed Karim embraced shahadat (martyrdom) while three other soldiers got injured,” it said.

Later, security forces had cordoned off the area in search of the terrorists.