Army called in to deal with urban flooding situation in Karachi

Sacrificial animals are treated with deference by Pakistanis, who often decorate cattles with colourful garlands

A worker applies foam to clean the bull during a spray wash at an automobile service station, ahead of the Muslim festival of sacrifice Eidul Azha, as the coronavirus disease outbreak continues, in Karachi. PHOTO: REUTERS
KARACHI:

The days leading up to the feast of Eidul Azha are busy for Uzair Dawood, the owner of a motorcycle wash in Karachi - not for fixing vehicles, but washing cattle. 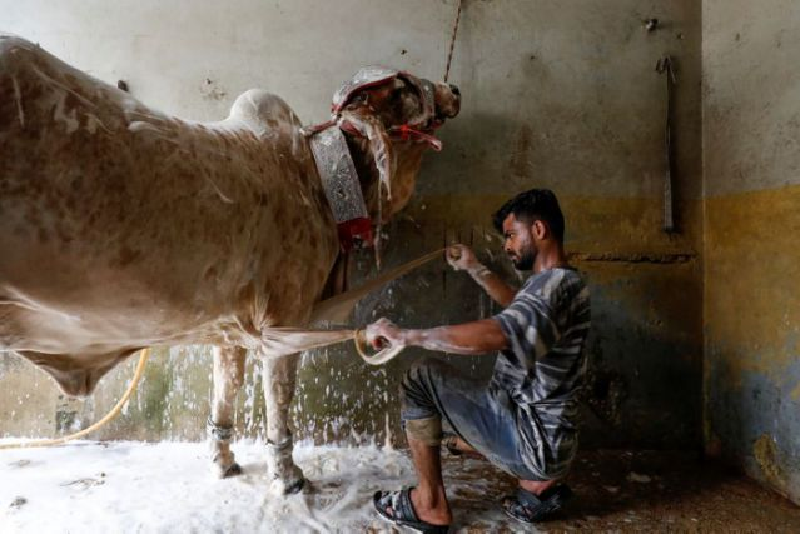 The Eidul Azha will be celebrated on Saturday, and like Muslims across the world, Pakistanis purchase cattle to sacrifice on the occasion as a religious obligation.

“It is very busy day just a day before Eid and we don’t have time for a bike wash,” Dawood told Reuters as he busied himself lathering a cow with soap before using the pressure hose to clean the animal.

Sacrificial animals are treated with deference by Pakistanis, who often decorate the cattle they have purchased with colourful garlands.

“We bring these animals here because we want them neat and clean because it is an animal for sacrifice and we are happy to see it happy,” one customer, Osama Haider Ali, told Reuters. 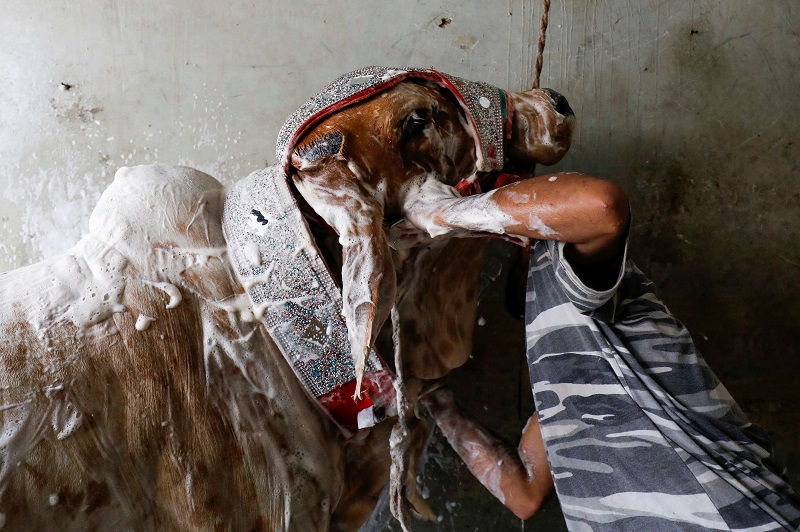 Dawood’s shop is located in a densely populated district of Karachi and is one of many vehicle service stations with customers queuing up with animals.

“Servicing” cattle is not as easy as motorcycles, says Dawood who charges Rs200 to Rs300 per wash, for which he uses shampoo, soap, brush and a hose. 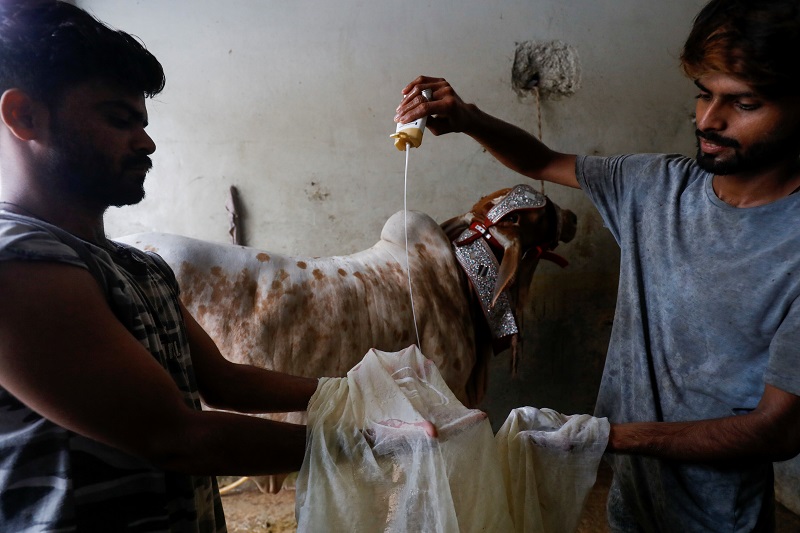 “A vehicles remains in its place ... but washing an animal is risky. It can hit you, it can kick you. It can break the rope”.

Eidul Azha commemorates the Quranic tale of the Prophet Ibrahim’s willingness to sacrifice his son as an act of obedience to Allah, before the Almighty replaced the son with a ram to be sacrificed instead.

Muslims who can afford it sacrifice cattle. But it can also be a camel, goat, sheep or ram, depending on the region.

The coronavirus has cast a shadow over this Eid, with fears of another spike in infections prompting authorities to warn people to minimise movement, avoid cattle markets and refrain from public gatherings to witness the slaughter of sacrificial animals.

Eidul Fitr, marked in May, was followed by a spike in Covid-19 infections with new daily cases hitting up to 7,000 in June. Daily infections have fallen to around 1,100 in Pakistan over the last few days of July.

Pakistan has recorded over 277,000 infections and close to 6,000 deaths from the disease.

While cattle markets across the country have seen reduced footfall, a sizeable number of people are still going to them to choose an animal.