Pilgrims to scale Mount Arafat for peak of Hajj

Only up to 10,000 people already residing in KSA participated in this year's Hajj 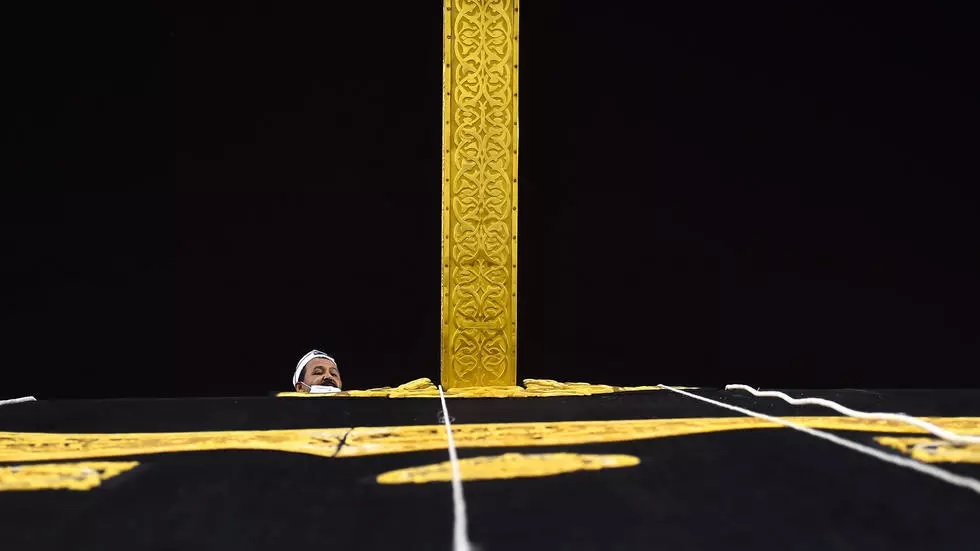 A Saudi worker adjusts the new Kiswah, the gold-embroidered black cloth covering the Kaaba, that is changed during each year's Hajj. PHOTO: AFP
MOUNT ARAFAT:

Pilgrims on Thursday converged at Saudi Arabia's Mount Arafat for the climax of this year's hajj which was the smallest in modern times and a sharp contrast to the massive crowds of previous years.

A tight security cordon has been erected all around the foot of the rocky hill outside Makkah, also known as Jabalal-Rahma or Mount of Mercy.

They were subject to temperature checks and attended a sermon, which state media said was translated into 10 languages before they set off on the climb to the summit for hours of Quran recitals and prayers to atone for their sins.

The scene was strikingly different to last year's ritual when a sea of pilgrims ascended Mount Arafat, marshalled by tens of thousands of stewards in a bid to prevent any crushes.

After sunset prayers, pilgrims will make their way down Mount Arafat to Muzdalifah, another holy site where they will sleep under the stars to prepare for the final stage of Hajj, the symbolic "stoning of the devil".

It would take place on Friday and also marks the beginning of Eidul Azha.

Only up to 10,000 people already residing in KSA participated in this year's religious obligation, compared with 2019's gathering of some 2.5 million from around the world.

"You are not our guests but those of God, the custodian of the two holy mosques (Saudi Arabia's King Salman) and the nation," Hajj Minister Muhammad Saleh bin Taher Benten said in a video released by the media ministry on Wednesday.

A security cordon had been thrown around the holy sites to prevent any security breaches, an interior ministry spokesperson said.

Riyadh faced strong criticism in 2015 when some 2,300 worshippers were killed in the deadliest stampede in the gathering's history.

But this year, those risks are greatly reduced by the much smaller crowd.

The pilgrims have all been tested for the virus, and foreign journalists were barred from this year's Hajj, usually a huge global media event.

As part of the rites completed over five days in the holy city of Makkah and its surroundings, the pilgrims converged on Mount Arafat after spending the night in Mina.

A district of Makkah, Mina sits in a narrow valley surrounded by rocky mountains and is transformed each year into a vast encampment for pilgrims.

They began the Hajj on Wednesday with their first "tawaf", the circumambulation of the Khana-e-Kaaba.

The Khana-e-Kaaba is draped in a black cloth embroidered in gold with verses from Quran verses and known as the Kiswah, which is changed each year during the pilgrimage.

Pilgrims were brought inside the mosque in small batches, walking along paths marked on the floor, in sharp contrast to the normal sea of humanity that swirls around the Khana-e-Kaaba during hajj. 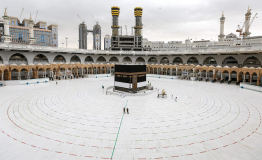