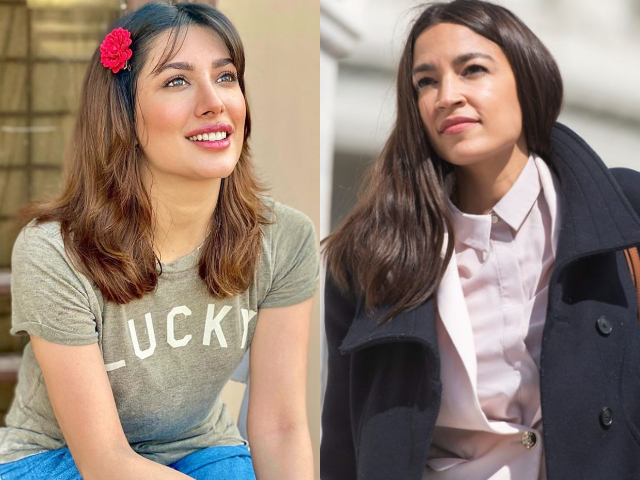 Mehwish Hayat raising her voice on social media is no surprise, and the Punjab Nahi Jaungy star did it again as she shared US Rep. Alexandria Ocasio-Cortez's video on her Twitter.

AOC, who serves as the US Representative for New York's 14th congressional district, has been on the receiving end of many a verbal abuse from her male counterparts, and recently stood up for herself, delivering a resounding speech on the same. According to The Washington Post, a reporter for the Hill had shared that Rep. Ted Yoho had used a sexist slur for AOC behind her back. Yoho later apologised for it, however, AOC dismissed his apology in her own floor speech.

Rep @AOC: "I do not need Rep. Yoho to apologize to me. Clearly he does not want to. Clearly when given the opportunity he will not & I will not stay up late at night waiting for an apology from a man who has no remorse over calling women & using abusive language towards women." pic.twitter.com/XKymFh3Oyf

She highlighted how she didn't expect or need an apology from Yoho because "he clearly did not want to," and that she was not raised “to accept abuse from men.”

Mehwish shared the video of AOC's speech, sharing her own struggles with abuse. "Thank you, AOC for saying this out loud. I cried - and can so relate to what you say. For me as an actress, men passing remarks and using abusive language is the norm," she said. She also added how this has become a pattern here and a 'cultural thing.'

Thank you @AOC for saying this out loud. I cried - and can so relate to what you say. For me as an actress, men passing remarks and using abusive language is the norm. There’s a pattern here & it is becoming a cultural thing.They don’t realise that they have wives,mothers,.. 1/2 https://t.co/D89ap860cK

"They don’t realise that they have wives, mothers, daughters, and sisters at home. However, this alone does not make them ‘decent’! We mustn’t give any man permission to be abusive. Today I stand up & say, I, too am someone’s daughter & I haven’t been raised to accept abuse from anyone!”

Mehwish's sentiments were echoed by many in the comments, with one user chiming in, "Abusive language is not acceptable to us at all. Whosever does it must be taken to task."

Kudos to Mehwish for raising her voice and standing up for herself!