How was Fazl’s brother posted as a DC in Sindh?

Decision to appoint him was made during last meeting between Zardari, JUI-F head, claim sources 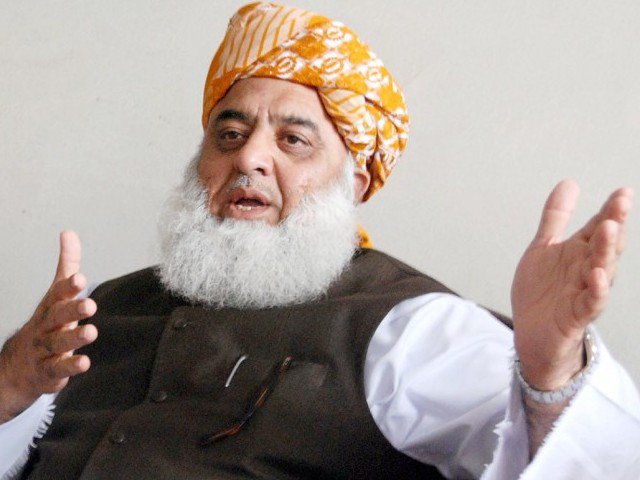 The appointment of Jamiat Ulema-e-Islam-Fazl chief Maulana Fazlur Rehman's brother as a deputy commissioner (DC) in Karachi has drawn the ire of different political parties and civil society members, who have termed the move against the law.

Fazl's brother, Ziaur Rehman, a grade-19 provincial management service officer of Khyber-Pakhtunkhwa (K-P) presently working for the Sindh government, has been appointed as the DC of Karachi's Central district.

According to a services, general administration and coordination department (SGA&CD) official, who requested anonymity, the notification for Zia's posting was issued by his department on July 23. 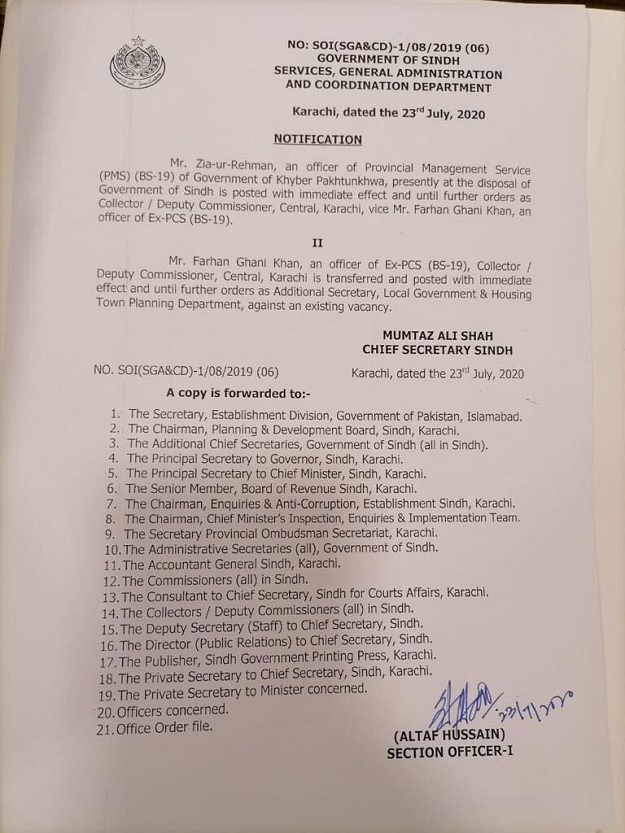 Claiming that the appointment was made on political grounds, the official pointed out, "The Sindh High Court has already ruled that no official of the provincial management service can work here." On the SHC's orders, many officers of the provincial cadre working in Sindh were relieved to Punjab, K-P and Balochistan.

Sources privy to the development told The Express Tribune that the decision to induct Zia as a DC in Sindh was made during a recent meeting between Pakistan Peoples Party (PPP) co-chairperson Asif Ali Zardari and Fazl. The two politicians had met to discuss the agenda of an all parties conference called against the ruling Pakistan Tehreek-e-Insaf (PTI).

"Fazl told Zardari that the PTI government in K-P was refusing to post his brother as a DC and requested that he be accommodated in Sindh," the sources revealed on the condition of anonymity. They added that the PPP leadership then asked Sindh Chief Minister Syed Murad Ali Shah to find a solution to the matter.

"The CM was initially reluctant, but he sought legal opinion and later approved the summary for Zia's appointment, instructing the SGA&CD to issue a notification for the purpose," said an official, speaking anonymously. "Fazl has been seeking the appointment for a few years and even approached the CM during his previous tenure, but the CM had held back. Now, he was left with no option but to accept the party's decision."

Advocate Jabbar Memon, who previously challenged the postings of different departments’ officers working on deputation in Sindh, stated, “This is in contempt of the Supreme Court’s orders. How can a provincial management service employee of another province be posted in Sindh?”

Speaking to The Express Tribune, he maintained that only the services of Central Superior Services (CSS) or Federal Public Service Commission officers could be sought by one province from another province. He added that the then-Sindh chief minister had tendered an apology in the apex court for appointing officers in deputation in the past.

The decision, however, has angered Sindh's bureaucrats.

"This is in complete violation of the law and some of our colleagues are likely to challenge it in court," an officer of the provincial cadre said, slamming the decision.

Besides, the Muttahida Qaumi Movement-Pakistan and PTI have demanded that the provincial government send the newly-appointed DC packing without delay.

"We will resist the Sindh government's decision to appoint Zia as a DC in Sindh," pledged MQM-P's Khawaja Izhar, while speaking to the media. "Thousands of people are posted in Sindh on [the basis of] fake domiciles too."

Moreover, soon after the notification was issued, members of different political parties, writers and civil society members condemned the appointment on social media and demanded that the provincial government revoke the decision.

'Not against the law'

"As per the law, the CM has the right to seek the requisition of any officer from another province. It's an administrative issue," he said.

In the same vein, JUI-F leader Hafiz Hamdullah said that there was nothing wrong in appointing Zia on a post in Sindh. "He is a competent officer and has been posted on the basis of merit. Please don't associate his appointment with Fazl. Besides, the services of many officers are rendered to other provinces. It is nothing new or against the law," he added.

It provincial government discretion to appoint administrator. PTI should not politicise such issues as their PM have too many controversial advisors and special advisors.